Goodluck Jonathan: No longer good, not even lucky 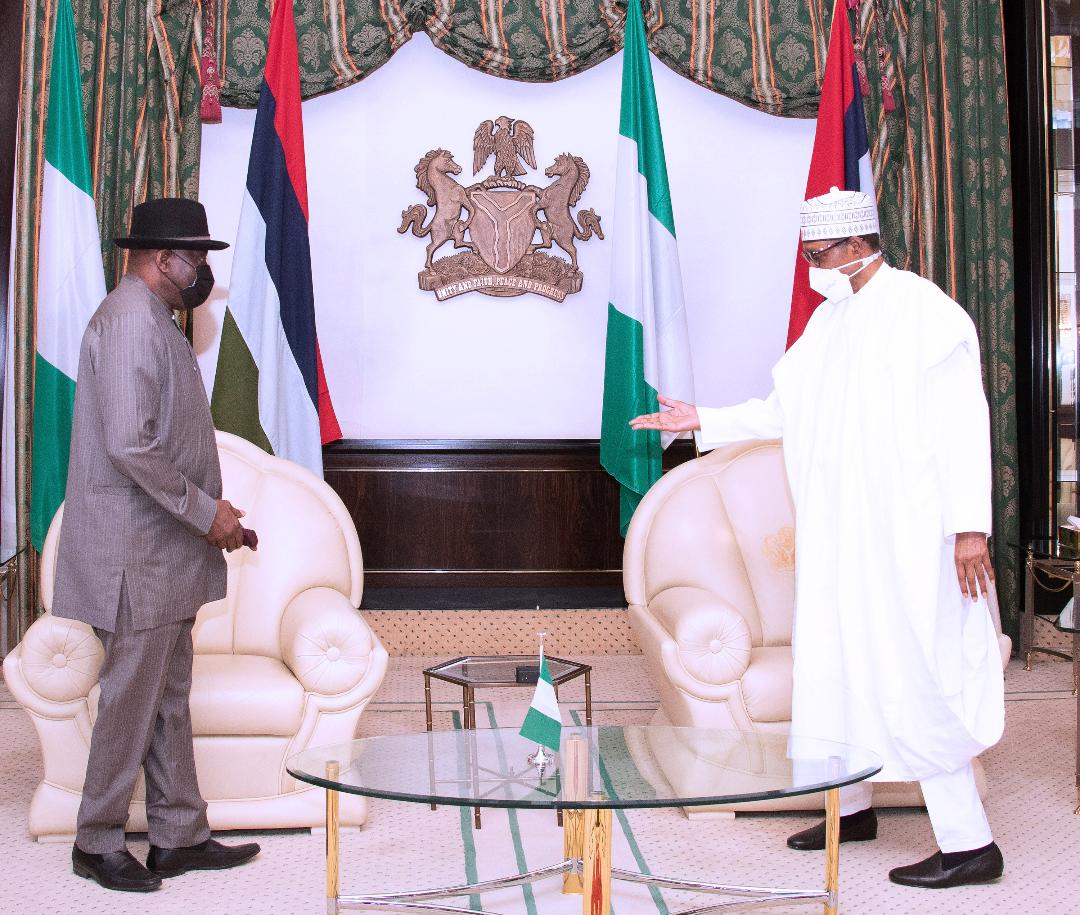 Goodluck Jonathan: No longer good, not even lucky

Goodluck Ebele Jonathan was Nigeria’s fortuitous President from 2010 to 2015. He failed to get his mandate renewed in 2015. He failed largely because he was both gutless and betrayed the trust of the people including his party members. Jonathan promised to do only one term of four years (2011 to 2015), but he reneged. He showed he could not be trusted.

All through his political life, he epitomized a man of peace. A man only helped by God. A man of humble background but thrust to the summit of public life by Providence. For his meekness, he won many hearts including this writer. Yes, I am a fan of the man Nigerians fondly call GEJ. Who wouldn’t? Not with the manner he was disdained by the cabal in the dying days of his boss, President Umaru Yar’Adua. When Yar’Adua was battling with ill-health in a Saudi hospital, Jonathan was treated with utmost disrespect by persons close to Yar’Adua who, as we now know, used the occasion of his incapacitation to loot the treasury.

Yar’Adua was loved by many Nigerians including this writer. But I never supported his presidential bid because he was too sickly. During the presidential campaign in 2007, Yar’Adua was recuperating in hospital. President Olusegun Obasanjo took his position and campaigned on his behalf. Such anomaly. Yar’Adua had no business being president but wily Obasanjo packaged him as fit and dumped him on the nation.

During the period that Yar’Adua took up tenancy in a Saudi hospital, Nigeria was ungoverned. The nation was adrift without any anchor. Nobody was in charge. Neither Vice President Goodluck Jonathan nor the President of the Senate. Just a few light-fingered folks in the Presidency who made the most of that period of national anomie with of course Madam Turai Yar’Adua, the dutiful wife of President Yar’Adua. But Nigerians loved Yar’Adua and earnestly wished he survived the sickness. The man died, instead.

So, when GEJ emerged as his successor following a Doctrine of Necessity, it was an unprepared, ungainly and virulently frightful Jonathan that mounted the saddle. He had sufficiently won the sympathy of Nigerians given the manner he was shabbily treated by the Yar’Adua cabal. Jonathan is a typical African child. Born poor, fought poverty and against all odds, anchored on the crest of success. Many Nigerians connected with his story. The man who had no shoes growing up was now their President. A fairy tale. A rebirth of hope for many. I coveted his streak of political fortune. He never had to fight.

The chief reason for Jonathan’s ouster was his inability to assert himself and ensure that the election he conducted as a sitting President was free and fair. That election was rigged by one Professor Attahiru Jega, INEC Chairman, who openly set different electoral parameters for different parts of the country

The finger of God guided him from his Bayelsa State to Aso Rock without the stress of rigorous political campaigns. The only time he had to fight, even as incumbent President, was in 2015. He lost. Jonathan lost not because the votes were cast against him. He lost because he was too terrified to do the right thing. He lost because he was afraid to uphold the incontrovertible tenets of democracy. Yes, his tenure was marked with emblems of looting, infrastructure decay and general display of incompetence by himself and some of his appointees. An era symptomised by blackouts, fuel scarcity and other notorious socio-economic blights that defined Nigeria, and still do, but those were not the real reasons why Jonathan lost. Buhari was declared winner in 2019 presidential election even when the ensigns of his failure were writ large.

The chief reason for Jonathan’s ouster was his inability to assert himself and ensure that the election he conducted as a sitting President was free and fair. That election was rigged by one Professor Attahiru Jega, INEC Chairman, who openly set different electoral parameters for different parts of the country.

Jonathan admitted this much and heavily indicted Jega in his book, My Transition Hours. In Chapter Eight of that book, he wrote: “I had every reason to contest the results, starting from educational qualification for elections and electoral malpractices. These were the facts in my hands…

“Apparently, there were many instances of irregularities. There were series of problems with card readers, resulting from widespread technical hitches leading to non-uniform application throughout the country…”

Today, what Jonathan feared the most has assumed a more vicious dimension. The post-election violence and bloodshed he, by his own calculation, helped Nigeria to escape, has morphed into a Buhari-era pogrom, kidnapping, ethno-religious killings and general insecurity of a magnitude never before witnessed.

These were the intelligence at the disposal of Jonathan before, during and after the election. He knew the election was not credible. He knew that the use of card reader was strictly enforced by Jega in the south but waived in the north. But he overlooked these flaws because in his opinion, he did not want to plunge the nation into a spasm of violence. Good man!

However, the same Jonathan was comfortable conceding defeat to a man he knew has a predilection to violence and bloodiness. Something akin to pushing the nation out of the frying pan into the fire. Referencing President Muhammadu Buhari in the book, Jonathan wrote: “An eerie comment was made two years before by the then main opposition candidate, threatening that ‘if what happened in 2011 should again happen in 2015, by the grace of God, the dog and the baboon would all be soaked in blood.’”

President Jonathan knew all of this and lots more. He feared there would be bloodletting and violence if he did not allow the monstrous rigging and illegalities that attended the 2015 election to pass. But he ended up shoving Nigerians into the hands of Buhari with all his threats of blood and violence; the same Buhari whom the Boko Haram insurgents once nominated to negotiate on their behalf during the tenure of Jonathan; the same Buhari whose threat of dog and the baboon being soaked in blood is still haunting the psyche of the nation.

Today, what Jonathan feared the most has assumed a more vicious dimension. The post-election violence and bloodshed he, by his own calculation, helped Nigeria to escape, has morphed into a Buhari-era pogrom, kidnapping, ethno-religious killings and general insecurity of a magnitude never before witnessed.

Vicariously, by conceding defeat to Buhari in a ruthlessly rigged election, Jonathan did not only bruise the fundamentals of democracy, especially the undeniable creed of free, fair and credible election, he also contributed to the insecurity that now stalks the nation.

The same Jonathan is currently being prodded to run again for the same office where he promoted mindless corruption and desecrated the altar of democracy by the same gang of people who either tagged him ‘clueless’ or betrayed him. Strangely, he did not rebuke his goaders. Rather, he is encouraging them to continue in their sycophancy. He must love the sound of the syllables of his name.

But let it be known to GEJ. Nigeria does not need your type anymore. Nigeria needs a shrewd and selfless democrat who will not condone corruption as you did and as Buhari is doing. Nigeria needs an active democrat who will enforce the laws of the land no matter who is involved. My advice: GEJ should issue an official statement stating very clearly that he will not run for the Presidency under any party. That way, he will retain whatever is left of his reputation. All through your tenure, crude oil sold for over $100 per barrel and you are yet to account to Nigerians what you did with such humungous windfall.