How we got $3.2m Paris Club refund judgment – Malami

The Minister of Justice, Abubakar Malami, SAN, has explained that extra-ordinary due diligence was followed in handling the payment of the $3.2 million  Paris Club refund judgment. 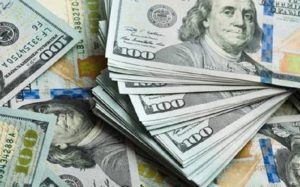 The Minister of Justice, Abubakar Malami, SAN, disclosed this while briefing newsmen on Tuesday in Abuja.

Malami was responding to reports churned out especially by online media purportedly alleging “pushing for payment of”’ contradictory and incongruous figures regarding judgment debt and Paris Club refund.

Judgment was delivered in favour of the plaintiffs on Dec. 3, 2013, consequently upon a Garnishee Order Absolute was granted in 2016 directing the Central Bank of Nigeria (CBN) as Garnishee to pay amount to Local Governments.

The Garnishee Order was granted by Hon. Justice H.B Yusuf.

Malami noted that the said judgment was years before President Muhammadu Buhari came to office and long before he was made a Minister.

“My initial reaction was to ignore the reports because they lacked merit as evidenced by not only contradictory submissions but also a hasty collection of feeble fabrications, unsubstantiated concoctions and figment of imagination of the writer.

“However, we have to set the record straight and to clear the mischievous insinuations and misconceptions intended to be the aftermath of the report.

Malami noted also that his office wrote letters to Law Enforcement and Security Agencies to conduct independent investigations on the issue.

“In the final report, the EFCC maintained that the respective judgments obtained by Riok Nig. Ltd and Edwards & Partners affirming their entitlements to payments were confirmed by the records obtained from the respective FCT High Courts”.

“Findings of the investigation of the Law Enforcement and Security Agency also revealed that there exist a valid consultancy and legal service agreement between TED EDWARDS and PARTNERS and Incorporated Trustees of ALGON for the recovery of Local Government’s share of London Debt Buy Back and Exist from the federal government’s consolidated revenue fund.

“The facts of the case as revealed in the course of investigation do not indicate any act(s) of criminality on part of the parties in the transaction as contained in the submission to my dated June 13, 2017.

“It is imperative to note that the further request of my office to security and law enforcement agencies was to have a thorough investigation of the issue concluded.

He said that as regards to the level of completion of the contract awarded to RIOK NIG LTD and its physical existence, verification exercise conducted through the 774 Local Government Areas in Nigeria confirmed the existence of the projects.

However, while some have been completed, others are at various stage of completion.

These he said are 182 projects had been completed while 91 are functional and 33 abandoned.

Others are 205 ongoing, 107 non identified and 178 geographically surveyed projects.

He said that his office rising from a clear historical antecedent of the role it played in the case of P&ID, remained steadfast in the sustenance of the public interest which in effect is saving the federal government from frivolous financial liabilities.

“The reports and due diligence of the Law Enforcement and Security agencies provided on this matter speak for themselves as to the reasonability or otherwise of the mischievous publication by the Premium Times and Sahara Reporters.

“The fact remains inevitably glaring that their reports are baseless and mischievous,’’ he concluded. (NAN)