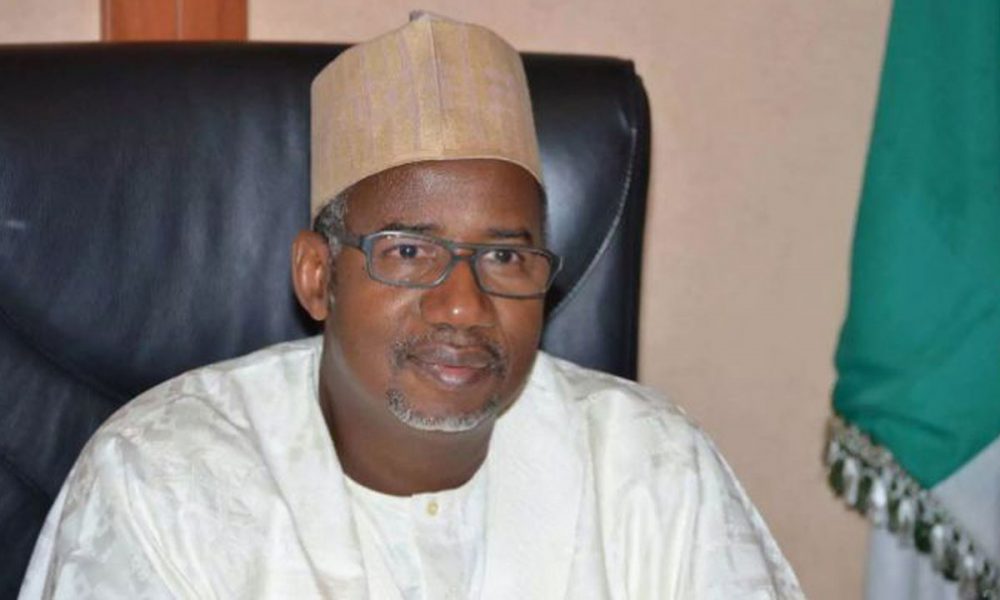 Governor Bala Mohammed of Bauchi State has dissolved members of the State Executive Council (SEC) and other political appointees.

This dissolution was contained in a statement by the governor’s special adviser on media and publicity, Mukhtar Gidado.

Those affected include the Secretary to the State Government, Sabi’u Baba; the governor’s Chief of Staff, Ladan Salihu, 21 Commissioners, and Special Advisers.

According to the communique, the dissolution is with immediate effect. 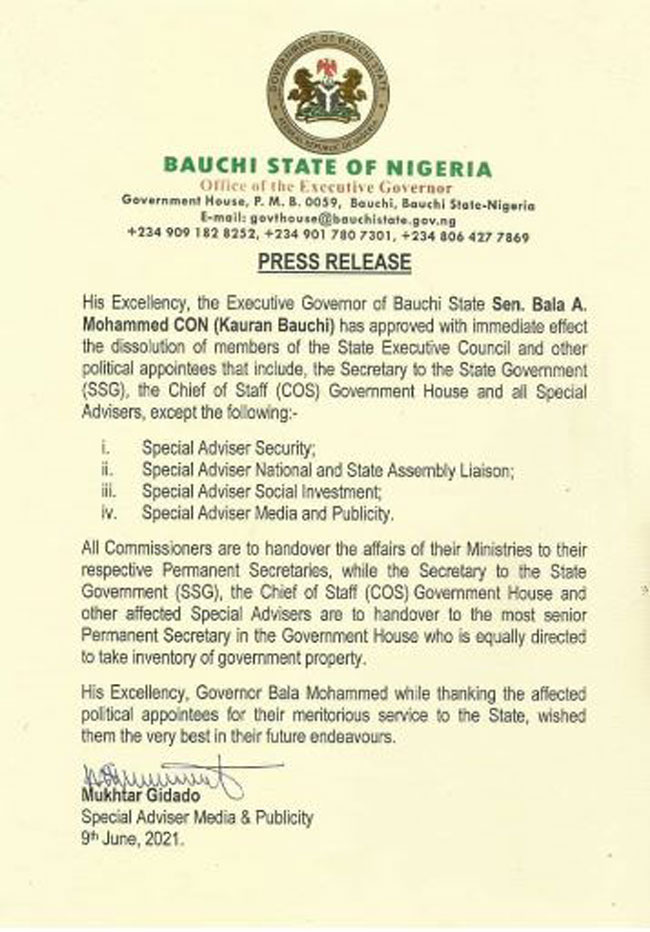