The Kogi State Governor, Yahaya Bello, has expressed shock and sorrow over the earlier morning tanker explosion in Felele, Kogi State that claimed the lives of 23 persons.

In the statement signed by his spokesperson, Onogwu Muhammed, the governor expressed his condolence to the families of those affected by the occurrence. 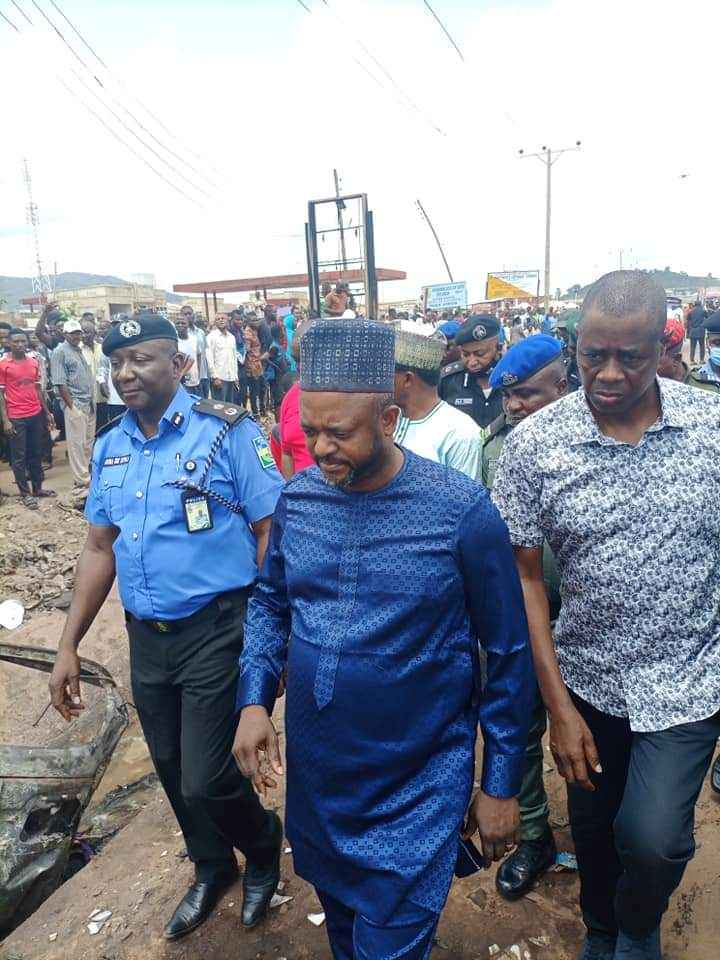 The Kogi State Deputy Gov., Chief Edward Onoja at the scene of the accident (Twitter photo)

“It is very sad to learn of the tragic loss of lives, many vehicles, property and other valuables in the petrol tanker fire,” he said.

The governor, however, urged the students of Kogi State Polytechnic to remain calm and peaceful, stating that he shared in their grieving moment over the death of some of their colleagues in the disaster.

Appointment of judges: It’s your responsibility, not ...