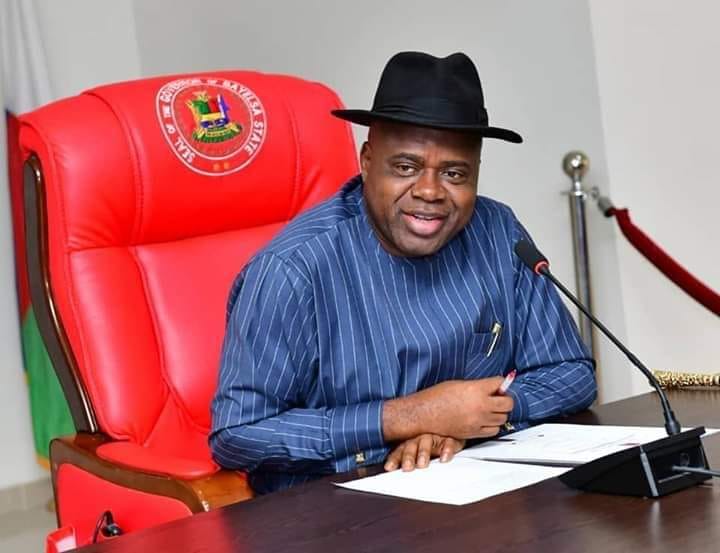 Gov. Douye Diri of Bayelsa has frowned at the domiciling of the Presidential Amnesty Programme (PAP) office in Abuja.

He said his administration had donated a parcel of land to erect a befitting office for the scheme to bring it home.

The governor, who spoke when he received the Interim Administrator, PAP, retired Maj.-Gen. Barry Ndiomu, in Government House, Yenagoa,

“The amnesty programme as it operates today is more of Abuja. It’s almost an alien programme to our people, except people who will visit your offices in Abuja and I’ll like to call on you to ensure that the headquarters of the amnesty programme is sited in Yenagoa, Bayelsa state. To this end, the state government has already donated a parcel of land for that purpose,” he said.

He appealed to the Federal Government to jettison any plan to end the programme saying it is yet to achieve its objectives, while warning that any attempt to end it would plunge the region into another round of unrest.

Diri insisted that PAP is yet to achieve its mandate, saying even the disarmament phase of the scheme has not been fully realised as arms and ammunition are still in the wrong hands in the Niger Delta.

He said: “The amnesty programme has three legs. The first is disarmament, a process, said to be completed; then the demobilisation leg and finally, the reintegration leg. On the issue of disarmament, can we completely convince ourselves that we have been able to completely disarm the Niger Delta of armaments in our region?

“So while we are in the final stage of reintegration, you and I know that within our Niger Delta, we still have very many arms, non state actors are in possession of arms, well that has been said to be completed but I like to state clearly here that the process is not 100 per cent completed.

“Now I will like to look more on the issue of reintegration. The reintegration is more like a continuous process of building human capacity and for you to continue to build human capacity, it follows that the amnesty programme must be on and I’m happy while listening to you that you have already taken that up.

“It will be wrong for anybody at this point to bring the amnesty programme to a close. That will amount to being insensitive to what is going on in the region.”

While acknowledging that the Federal Government has soft-pedalled in its decision to shut down the programme, Diri said the best gift the government could give to the Niger Delta people is to allow the continuity of PAP.

The governor urged Ndiomu to deal with the challenges in the programme and write his name in gold, insisting that the problems are huge enough to contemplate closing the scheme.

“Let me use this opportunity of your courtesy call to call on the FG that the best thing and the best gift to the Niger Delta is to continue to support and keep the Presidential Amnesty Programme going.

“As you have rightly stated, yes, there are challenges, but then the Amnesty programme has also recorded some degree of successes. Those challenges are the reasons our people keep coming and going. So, for me at every given opportunity, it is a time to write your name in gold and indeed, writing the name of your state, Bayelsa, in gold.

“If you have come and found certain challenges, we know you have the capacity to confront those challenges. Whatever you can do to ensure that the Amnesty programme will continue to exist, please do them and let our people be the final beneficiaries of this programme,” Diri said.

The governor called on Ndiomu to avoid the temptation of politicising the amnesty office, saying that before the birth of the All Progressives Congress (APC) and the Peoples Democratic Party (PDP), the people were one and the same.

He said: “I’ve always reminded us that before APC and PDP, we were one and the same people. Those, who sacrificed their lives, like Boro did, didn’t do that for political reasons and therefore, I’ll like to call on you not to politicize the amnesty programme”.

Diri observed that Ndiomu was the third person from Bayelsa to man the amnesty office and appealed to him to carry the state along in all his activities to avoid regrets.

Diri called for collaboration among the state government, the amnesty programme and the Niger Delta Development Commission (NDDC) to avoid duplication of projects and programmes.

On the ongoing clean-up of Ogoni, the governor noticed the snail-paced movement of the programme and reminded the federal government that many areas of the Niger Delta needed remediation.

He said: “We have also been agitating that the clean-up in Niger Delta shouldn’t be for Ogoni alone. We all know that the whole environment of the Niger Delta has been polluted. Bayelsa is not an exception, so remedying our environment should be one of the key responsibilities that PAP should also look into in partnership with other ministries and agencies of government.

On his part, Ndiomu solicited the support of the Bayelsa government for his administration.

He said that he was poised to reform the amnesty programme to make it more impactful to the beneficiaries and results oriented. (NAN)