He expressed his worry during a national dialogue on Prevention of Mother to Child Transmission of HIV (PMTCT) on Tuesday in Abuja.

The dialogue was organised by the National AIDS/STIs Control Programme of the Federal Ministry of Health.

He said that in spite of significant achievements in HIV Programme, there were persisting poor outcomes in PMTCT, noting that the dialogue was prompted by the urgency to scale-up sustainable programmes for PMTCT of HIV to eliminate new HIV infections among children.

He said “Nigeria, being one of the 21 priority countries in Sub-Saharan Africa for the elimination of vertical transmission of HIV, committed to and endorsed The Global Plan.

“We agreed to be held accountable for achieving the set targets by 2015. Since then, we implemented several pillars cutting across leadership, policy and coordination.”

He, however, said that “data still points to overall underachievement in key result areas, including PMTCT.

According to him, the growing cases is unacceptable. 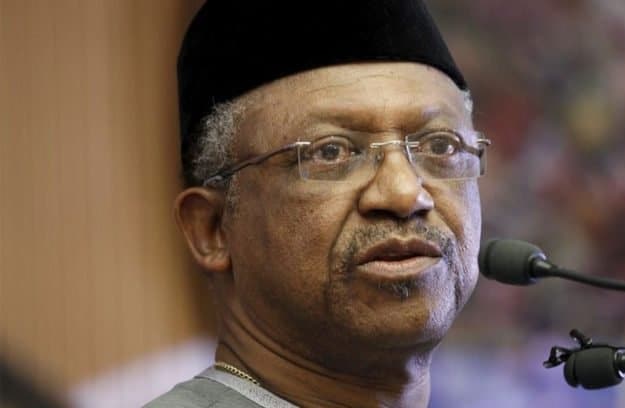 “Overall, we estimate that 88 per cent of pregnant women who test positive are on anti-retrovirals (ARVs).”

The Permanent Secretary, Ministry of Health, Mr. Adulaziz Mashi Abdullahi, said the dialogue was to provide a platform for all actors to agree on key next steps toward achieving the goal of elimination mother-to-child transmission of HIVAIDS in the country.

Abdullahi added that the ministry expected stakeholders to review efforts, political and technical issues hindering the achievement of the set goal.

Dr Gambo Aliyu, the Director-General, National Agency for the Control of AIDS (NACA), however, said that in spite of unprecedented challenges posed by the COVID-19 pandemic, 350,000 Persons Living with HIV (PLWHIV) were identified in the last 18 months.

He added that “the 350,000 people identified were put under treatment in the last 18 months in spite of COVID-19.

Aliyu said NACA accessed some rural communities and maintained services to be able to identify cases.

He explained that “from a few numbers of one-stop shops, it increased to 60 one-stop shops all over the country and all these accounted to the 350,000 we were able to identify, instead of the traditional 50,000 to 60,000 people.

“Results from the Nigeria HIV/AIDS Indicator and Impact Survey (NAIIS) conducted in 2018 shows about 1.9 million people under the age of 64 are living with HIV.”

On mother-to-child HIV transmission, Aliyu said there was need to tweak the existing strategy to stop the transmission.

The NACA boss, who said that the number of women on HIV treatment had greatly improved between 2006 and 2019, emphasised that “it is not the PMTCT that is not working, it is the strategy that we have to tweak.

He, however, lamented that six million out of eight million pregnant women were not attending antenatal care.

“So, we are battling with two million that are attending antenatal care in implementing these services; for those that we have access to the services are delivered well.”

He noted that the only way to eliminate MTCT was to take services to the community level, adding that “if we can do that, I guarantee all of us that in the next 18 months, we will see huge rebound that we noticed with ART surge.” (NAN)

Do not report war where none exists ...