“We need patience with acquisition of equipment. You need to train the trainers for their usage ahead of their deployment to the field,” President Buhari was quoted as saying in the statement.

He added, “I assure you, the north-east governors, especially that of Borno, that we go to bed and wake up thinking about you, how to secure our country; that is the responsibility of every government.

“Our party campaigned in 2015 on three major objectives, among which is Security. We said the same thing in 2019 and Nigerians believed us. We are doing our best and we will continue to do even better.” 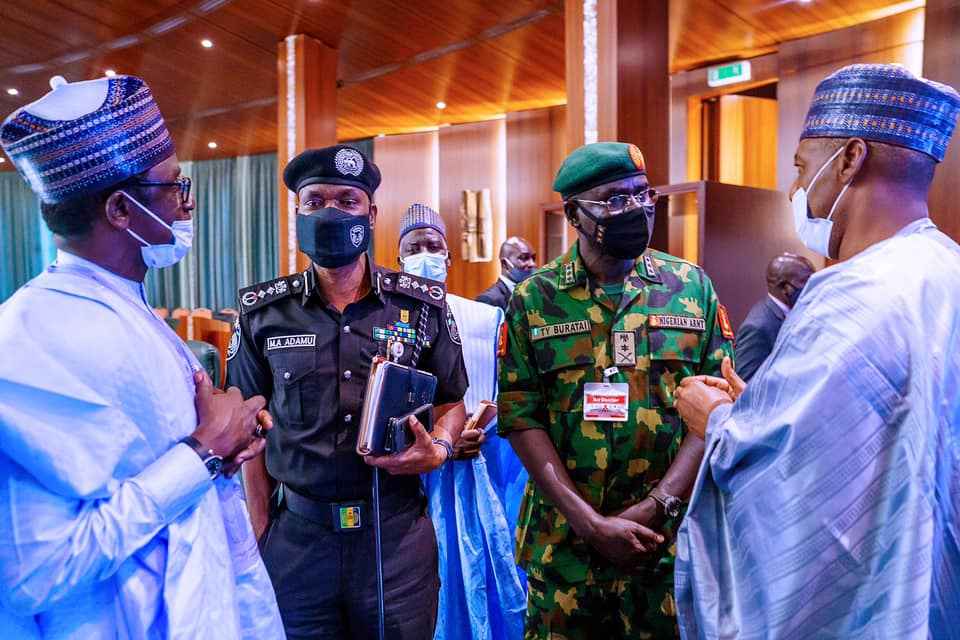 The President decried the impact of the COVID-19 pandemic on the economy which he said has made scarce resources even scarcer, coupled with its severe impact on the supply chain of military equipment and spare parts.

He, however, stated that his administration was doing its best on the question of equipment and the military was aware that equipment were coming from some countries.

President Buhari lamented that the acquisition of military wares and spares was not an easy task.

The meeting was also attended by the Vice President, Professor Yemi Osinbajo, as well as the Chief of Defence Staff, the Service Chiefs, the Inspector-General of Police, and the heads of intelligence agencies.