Local News
Home›Local News›Jakande: All you need to know about Baba Kekere

Jakande: All you need to know about Baba Kekere

Tributes have been pouring in for the former governor of Lagos State, Alhaji Lateef Jakande, who died aged 91, on Thursday in Lagos. Below are some of the milestones in the life odyssey of the demised journalist and political gladiator. 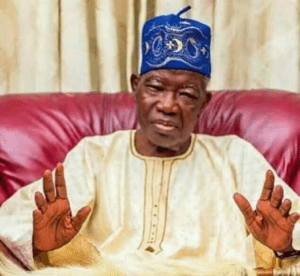 Fondly called Baba Kekere, Jakande was the first civilian governor of Lagos State from 1979 to 1983 on the platform of the defunct Unity Party of Nigeria (UPN).

He later became Minister of Works during the Sani Abacha military regime between 1993 and 1998.

Jakande, who was also a veteran journalist, was born in Epetedo Area of Lagos State on July 23, 1923, to parents from Omun-Aran in Kwara.

He studied at Lagos Public School at Enu-Owa, Lagos Island, then at Bunham Memorial Methodist School, Port Harcourt from 1934 to 1943.

He also studied at Kings College, Lagos in 1943 and then went to Ilesha Grammar School in 1945 where he edited a Literary Paper called the ‘Quarterly Mirror’.

Baba Kekere is known for his visionary leadership and for bringing development to Lagos State during his tenure between Oct. 1, 1979, and Dec.  31, 1983.

He keyed into the five cardinal programmes of the Unity Party of Nigeria, founded by a former Premier of the Western Region, Chief Obafemi Awolowo.

Jakande first worked with the Daily Service and then in 1953, joined the Nigerian Tribune where he rose to become the Editor-in-Chief.

He left Tribune in 1975 and established John West Publications on whose platform he published The Lagos News.

Jakande was the first President of the Newspaper Proprietors Association of Nigeria (NPAN).

On the political scene, Jakande ran for election as the Executive Governor of Lagos State in 1979 on the UPN platform and defeated Adeniran Ogusanya of NPP and Sultan Ladega Adeniji Adele of National Party of Nigeria.

Under his administration, Lagos state was open and full of developmental strides, especially in the education and housing sectors.

He built primary and secondary schools and provided free education.

Baba Kekere established the Lagos State University and constructed over 30,000 Housing Units in Lagos State especially in the low-cost category.

In the Health sector, Jakande made an impact by building about 20 health centres. He also completed the construction of the General Hospitals in Gbagada and Ikorodu, thereby improving on the health sector in the state.

Baba Kekere also encouraged the development of traditional medicine and its application for the treatment of patients when his government established the Traditional Medicine Board.

This initiative helped to make people have wider choice on the type of medical services to decide on and seek.

He also established 23 local government councils, which were later disbanded by the military.

In the transportation sector, Jakande started the Metro Line project to facilitate mass transit in the state. However, the project never sees the light of the day, following the military take-over of the government in 1983.

To tackle transportation problem coming up in the state, Jakande government was responsible for the introduction of Odd/Even Traffic System and established the first State Traffic Management Authority (Road Marshals) under the headship of Chief S. O. Ige a distinguished Lagos Lawyer).

Some other laudable achievements attributable to late Jakande also include the establishment of Asphalt Plant for the Department of Public Works as well as Electricity Board for Rural Electrification.

The tenure was halted when the military took over in 1983, headed by Muhammadu Buhari and Tunde Idiagbon.

Jakande was without airs and had no interest in public coffers and this exhibited when he refused to move into the comforts of the governor’s official residence.