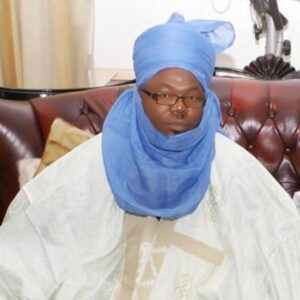 Global Peace Ambassador and investigative journalist, Mr. Jackson Ude, who exposed the theft and illicit sale of 48 million barrels of Nigeria’s Bonny Light crude off the coast of China for $2.5billion has disclosed that he has received several death threats from persons he described as “known and unknown.”

The crude oil was allegedly stolen in instalments under the Dr. Goodluck Jonathan administration by officials of the state-owned Nigeria National Petroleum Corporation, NNPC, the then minister of Petroleum, Deziani Alison-Madueke and top officials of the Presidency.

The journalist who had under his belt credit for exposing different financial crimes in Nigeria’s opaque public sector twitted in his verified Twitter handle: “Ever since I dared to expose the secret sale of $2.5billion worth of Nigerian crude in China, I have received death threats directly and indirectly. I have also uncovered plots to cook up scandalous stories against me and my families. These threats come from people known/unknown.”

Following the alleged sale of the crude, an Americo-Mexican oil and gas company, SAMANO AS, has threatened the NNPC with court action if it fails to pay 5% as whistleblower compensation after it exposed a deal by corrupt officials to sell 48 million barrels of Nigeria’s crude oil in the black market in China.

Samanao AS was said to have discovered stolen crude from Nigeria stored in Qingdao, Zhoushan, and Rizhao, both in China and secretly sold by members of President Muhammadu Buhari’s Government and the proceed shared amongst them.

In a letter from its attorneys to the GMD of the NNPC, the firm, SAMANO SA DE CV, threatened legal action if the payment is not made in line with the administrations’ whistleblower policy contained in an Executive Order by President Muhammadu Buhari.

The letter said ” Sometime in 2015, our client was approached by a group in China with the intent to sell 48 million barrels of Bonny Light Crude oil, believed to have been stored in various ports and terminals in China. It was revealed to our client that the NNPC authorized certain companies to sell the stolen product in China.”

According to the oil and gas firm, the shady deal was reported to the MD of NNPC, Mele Kyari, the late chief of staff of the President, Abba Kyari, and one Umar Mohammed. NNPC is yet to deny the allegation or the sale of 48 million barrels of crude oil in China.