Jumia: The losses pile up as Africa looks elsewhere for pride 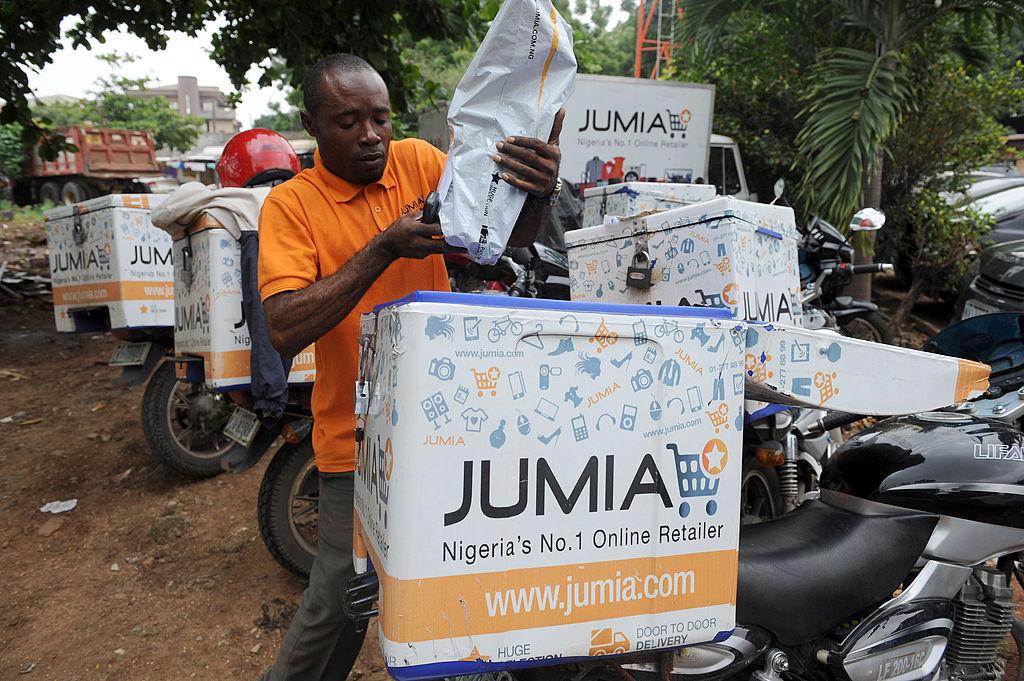 Jumia: The losses pile up as Africa looks elsewhere for pride

Jumia, the ecommerce company described in April 2020 as the ‘e-commerce startup that fell from grace’ by BBC, has fallen into the pit even much deeper. This time, the company that became the first Africa-focused ecommerce startup to be quoted on the New York Stock Exchange (NYSE) has got its pocket leaking on many fronts.

In its recently released balance sheet, it appears the once glittering image of an emerging African icon in the ecommerce space has taken a detour to the path of pain for investors and reputational ignominy for the ecommerce house whose influence has shrank from 14 African countries down to 11. The manner it stopped operations in quick successions in three African countries (Gabon, Congo DR and Cameroon) has got pundits pointing at a skewed business model built on make-believe.

Jumia suffered an operating loss of $51.6 million in Q2 2021, up 24.7% from the same period last year. In real terms, the company’s adjusted EBITDA loss increased by 15% from $36.2 million in Q2 2020 to  $41.6 million in Q2 2021. The hole is simply getting bigger and this has got many Africans looking to continental competitors like Takealot (South Africa), Konga (Nigeria), Bidorbuy and Zando (both of South Africa) to play leading role in the drive for the continent’s share in the growing global ecommerce market.

At the just-ended Intra-African Trade Fair (IATF) in Durban, South Africa, the consensus among journalists analyzing the African ecommerce market was that Nigeria’s Konga appears to have a head-start over others in the quest to position Africa as a truly profitable ecommerce market in the global arena.

Jumia once touted to be the pride of Africa has since listing at NYSE been through one crisis or another. But some analysts versed in African markets insist that Jumia streak of losses and unhealthy business behaviour should not define Africa. They insist that Jumia is a German company, registered in Germany but trades in Africa, hence cannot be said to be flying the Africa flag. They see more hope and future in truly African online retailers like Takealot, Konga and others to fly the continent’s flag. Jumia should not be used to measure the strength and best practices standard of African ecommerce top flyers, they argue.

At the just-ended Intra-African Trade Fair (IATF) in Durban, South Africa, the consensus among journalists analyzing the African ecommerce market was that Nigeria’s Konga appears to have a head-start over others in the quest to position Africa as a truly profitable ecommerce market in the global arena. They point to the huge size of the Nigerian market, the nimble-footed management model of Konga, its youth-dominant staff strength, efficient payment system, self-owned logistics capacity and peerless understanding of the Nigerian market as factors that give Konga the continental edge.

Takealot, founded by Kim Reid ((with US-based hedge fund,Tiger Global) with further investments from Naspers in a deal that gives majority share to Naspers, is considered to be in the running but it is weighed down by external borrowings which stymies its growth path to profitability. This hands the baton of market leadership to Konga which at the moment is building its base with its own money, hence not encumbered by overbearing debt.

Africa ecommerce is growing, thanks to a huge tech-savvy youth population, increasing broadband penetration and concomitant surge in ICT deployment both at home and in offices. Mobile phones and other hand-held devices are gaining ascendancy in use among a teeming population of young and not-so-young Africans.

A California-based mobile marketing analytics firm, AppsFlyer, in its latest report said that e-commerce in Sub-Saharan Africa is witnessing considerable growth in 2021. The report attributes this in part to a 55% increase in online retail spending. The breakdown of the analytics showed that the volume of downloads and installation of e-commerce apps on Android and iOS this year has leaped to 55% and 32%, respectively. The AppsFlyer analytics is in tandem with earlier projections and reflects the continental use of Androids and iOS. More people use Androids than iOS.

The covid-19 pandemic and its attendant lockdown in 2020 helped to push up patronage of ecommerce across the globe. Many ecommerce giants like Amazon, Alibaba, eBay, etc experienced more traffic during the lockdown as online shopping offered a convenient alternative to shoppers including those who never took as much as a look-in at the ecommerce space.

While some experts attribute Jumia 2020 negative balance sheet in part to the #EndSARS protest, they are quick to counter this argument when they critique the balance sheet of Konga, which suffered more loss during the protest. Konga, despite the rage of 2020, posted a healthy balance sheet. Both Jumia and Konga, however, enjoyed slight increase in customer base and increased traffic on their platforms.

However, in Nigeria which is Jumia’s biggest market, and in fact the biggest market for all Africa-wide businesses including MTN, Multichoice, Dangote, Konga, among others; the lockdown of 2020, particularly the #EndSARS protests in October, dealt a devastating blow to merchandising businesses. Street urchins who hijacked what started as a peaceful protest, looted warehouses and malls, burnt buildings, offices, vehicles and turned themselves to menacing extortion machines. This impacted negatively on ecommerce houses in Nigeria as their warehouses and physical stores (especially Konga which has the rare advantage of offering the composite offline-online model) suffered huge losses.

While some experts attribute Jumia 2020 negative balance sheet in part to the #EndSARS protest, they are quick to counter this argument when they critique the balance sheet of Konga, which suffered more loss during the protest. Konga, despite the rage of 2020, posted a healthy balance sheet. Both Jumia and Konga, however, enjoyed slight increase in customer base and increased traffic on their platforms.

Jumia links the losses to increased sales and advertising expenses: “At the end of June 30, 2021, we had $637.7 million of cash on our balance sheet. Cash used in operating and investing activities was $27.4 million,” Jumia explains.

Jumia has seen more woes than wins. Barely one week before its first anniversary on the NYSE, its original owner, German technology investor Rocket Internet, dumped its entire 11% stake. This caused a negative spin for Jumia as it sent a message of loss of confidence by the investors.

And just last year, precisely in October, South Africa’s MTN exited its 18.9% stake in Jumia, realising about $142.31 million in net proceeds which the telecom giant said was aimed at simplifying its portfolio over the coming years. Jumia has lost more than $1 billion since it launched in 2012 and up till this day, the losses are not abating. Since its listing on the NYSE, it has seen its share value peak at over $59 and dip to below $3, a very volatile stock.

It is hounded by fraud and sharp practices both of which came to the open post-listing. In March 2019, Jumia uncovered fraudulent practices by some of its marketers in a network of independent sales consultants called JForce. These consultants earn commissions based on the number of Jumia-supplied items they sell. But some of them in Nigeria were found to have placed orders and subsequently canceled them, falsely boosting Jumia’s gross merchandise value (the total sales on its platform) to the tune of about $17.5 million between the last quarter of 2018 and the second quarter of 2019. In plain terms, they fraudulently sexed up the figures to make Jumia look good when in reality, the ledger is in total mess.

Jumia insisted it was unaware of the JForce fraud but in a statement, the online retailer said it was “implementing measures designed to prevent similar conduct in the future and, more broadly … taking steps to strengthen our internal controls and corporate governance.”

Jumia’s troubles are mostly internal. Its poor run on New York Stock Exchange, which has seen it experience a significant drop in shares has not also helped matters.

The e-commerce company was accused of many infractions including that:

(i) Jumia had materially overstated its active customers and active merchants;

Trouble started when on May 9, 2019, Citron Research, a respected firm with a history of in depth research in stock markets and investments, published a report accusing Jumia of overstating certain financial metrics in its April 2019 IPO prospectus and omitting adverse information about the number of returned, undelivered, or canceled orders from the prospectus.

Flowing from this, Kirby McInerney LLP put out a notice to concerned shareholders to fill out a contact form which it intends to aggregate to discuss the rights or interests of the shareholders with respect to the matter at no cost to the investors. Jumia opted for out-of-court settlement in the ensuing class action but not without coughing out a princely $5 million.