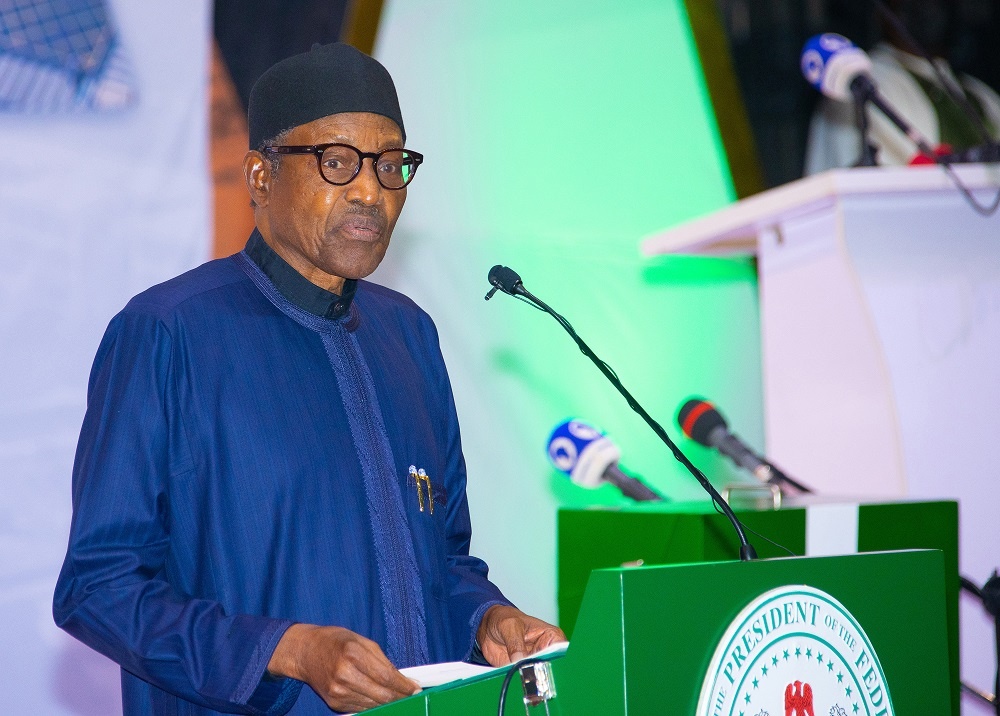 An obviously happy President Muhammadu Buhari has scored Governor Nasir El Rufai very high on the transformation and infrastructural development of Kaduna, stressing that the governor’s strides have attracted investments to the state.

Speaking at a State Banquet on Friday to commemorate his official visit to the state, the President said he was delighted to have commissioned many projects of Governor El-Rufai government.

“I have been most impressed by the consistent efforts of the Kaduna State government to develop the state, to seek progress on so many fronts and to boldly confront challenges.

“Most of my visits to Kaduna State since 2015 have been in connection with clear strides of progress.

“I was here in 2017 to commission the hatchery and feed mill project of Olam, a multinational agribusiness company that has sited a major factory in Kaduna. In August 2019, I had the honour to commission Phase 2 of the Zaria Water Project and a road project.

“Therefore, I am not surprised that Malam Nasir El-Rufai and his team have undertaken such a major investment in infrastructure development. I am glad to say I have seen with my own eyes the remarkable changes across all the three senatorial zones.”

The President also commended the state government for its support to security agencies, including the establishment of a ministry dedicated to internal security.

He reassured residents of Kaduna of the resolve of the Nigerian Armed Forces, under his watch, to crush terrorists and criminal gangs operating in the state and other parts of the country.

“I wish to assure the people and government of Kaduna State that the Federal Government is doing its utmost to contain and crush the terrorists that have been menacing our citizens and their property in parts of the country,” the President said.

“On behalf of the Federal Government, I commend the efforts of the Kaduna State government to respond to the demands of development.

“The relationship between our tiers of government represents an instance of successful collaboration between the national and state governments for progress, peace and prosperity. I urge Malam Nasir El-Rufai to push on and not relent in his efforts to accelerate change and progress in Kaduna State.”

He said that the hard work of the present administration attracted $2.8 billion in foreign investment to the state since 2015.

He singled out the stride in education for mention.

“The policy of making education free and compulsory up to the completion of secondary school is a significant contribution to human capital development, and I commend it wholeheartedly,” the President said.

“I have been told that back in 2015, you inherited a school in the Rigasa area with reportedly over 20,000 pupils instead of the planned 1,500 pupils. We are impressed that the Kaduna State government has built more schools to accommodate these students,” the President said.

Governor El-Rufai in his remarks, called for further military action to stop the activities of terrorists in the state, stressing that the government has spent considerable sums to support federal security agencies to promote the safety and wellbeing of its people.

“We are implementing a safe city project, created a vigilance service to provide community-level security services, and established a Ministry of Internal Security and Home Affairs to improve coordination among security agencies and intelligence sharing,” he said.