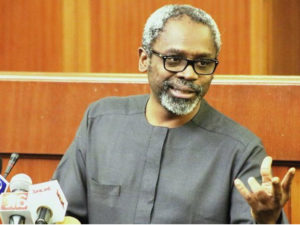 The Speaker of the House of Representatives, Mr Femi Gbajabiamila, has decried the low turnout of voters during Saturday’s local government election in Lagos State.

Gbajabiamila made the observation after casting his vote at his polling unit located at Elizabeth Fowler Primary School, Ward 014 on Mercy Eneli Street, Surulere.

“I am not going to say I am impressed but the turnout is low; but what is more important is the peaceful nature of the election.

“From what I have seen so far, there is no violence and people are conducting themselves orderly but would have wanted a larger turn out.

“I am very disappointed to hear that the card reader has technical issues which is like we are not there yet, but almost there.

Meanwhile, some residents and commuters in parts of Eti-Osa Local Government Area of Lagos State on Saturday flouted the restriction of movement order of the state government, to enable hitch-free elections. Commuters and pedestrians were seen at early hours of the day moving about their businesses as well as commercial buses, conveying passengers to various destinations in violation of a movement restriction order. NAN