Local News
Home›Local News›Lagos will not burn, not on my watch – Sanwo-Olu

Lagos will not burn, not on my watch – Sanwo-Olu

The Governor of Lagos State, Babajide Sanwo-Olu after assessing the extent of damage caused by hoodlums across the State following the aftermath of the #EndSARS Lekki tollgate shooting says, Lagos will not burn under his watch.

Sanwo-Olu said this in a series of tweets on Friday 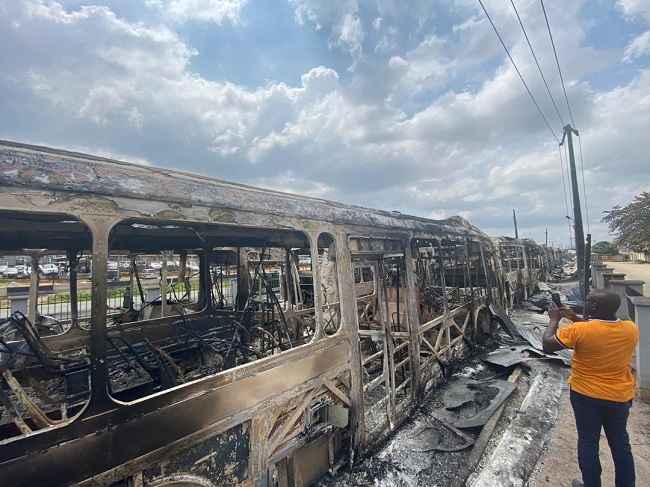 According to him, “Enough is enough. We want peace and we will get peace”.

He noted that “as shocking and sad as this situation is, we must come out of the ashes of destruction strong and with a determination that this unfortunate situation will not kill the spirit of Lagos.”

“We also visited the various hospitals today to check on the progress of victims that were brought in from events this week”.

“It was heartwarming to note that quite a number have been discharged. We have also indicated that we will be picking all the bills”.

This is not the Lagos we know. I am the 15th governor of the state and Lagos has never witnessed this level of destruction. The oldest court in Nigeria was razed down.

“Our beautiful city has seen a level of destruction almost akin to a war zone. It was a shocking and very sad spectacle. Our land took a beating and this hurts. Historical buildings, cultural centres, private malls, government holdings and private businesses were pillaged & burnt”.

He however advised and implored citizens to resist the urge to instigate or incite people to violence especially on social media.

“It is wrong to spread misinformation and create mass hysteria”, he said.