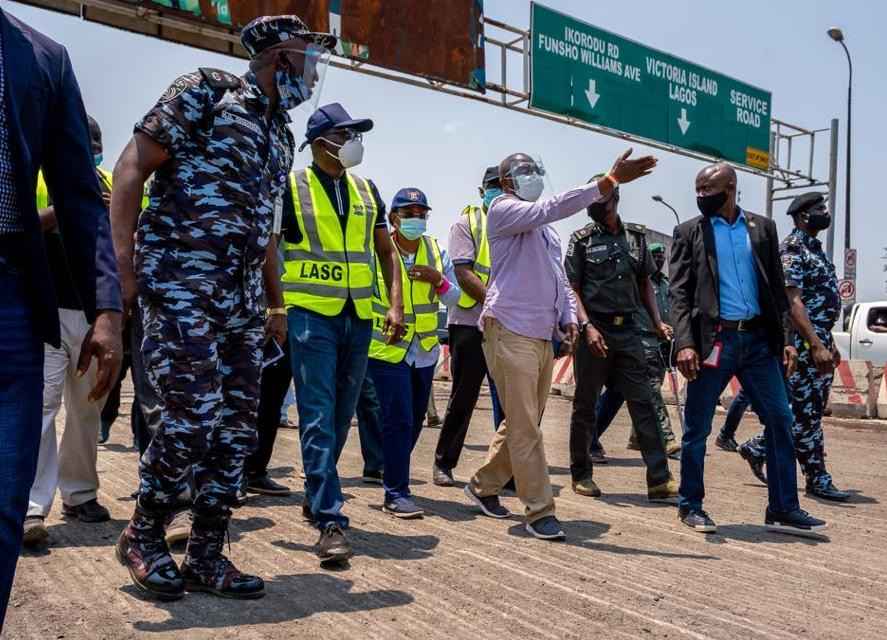 The Lagos State governor, Sanwo-Olu has given slum occupants at Iganmu intersection in Apapa-Iganmu area, one month to remove their shanties and vacate the space.

The Governor, stated this on Sunday, as he set out on a five-hour tour of projects and infrastructure being developed on the Apapa corridor to ease traffic congestion in the area.

According to him, the illegal settlements are springing up and encroaching the right-of-way of the Blue Line Rail project.

“The mess created under the Iganmu intersection has encroached the right-of-way of our rail project. In the next one month, we will be taking a decisive action to eject those creating illegal settlements under the bridge. We will give them notice of eviction and we will clean up the place. Once it is cleaned up, we will hand over the space to corporate organisations to restore the aesthetic of the environment,” the governor said