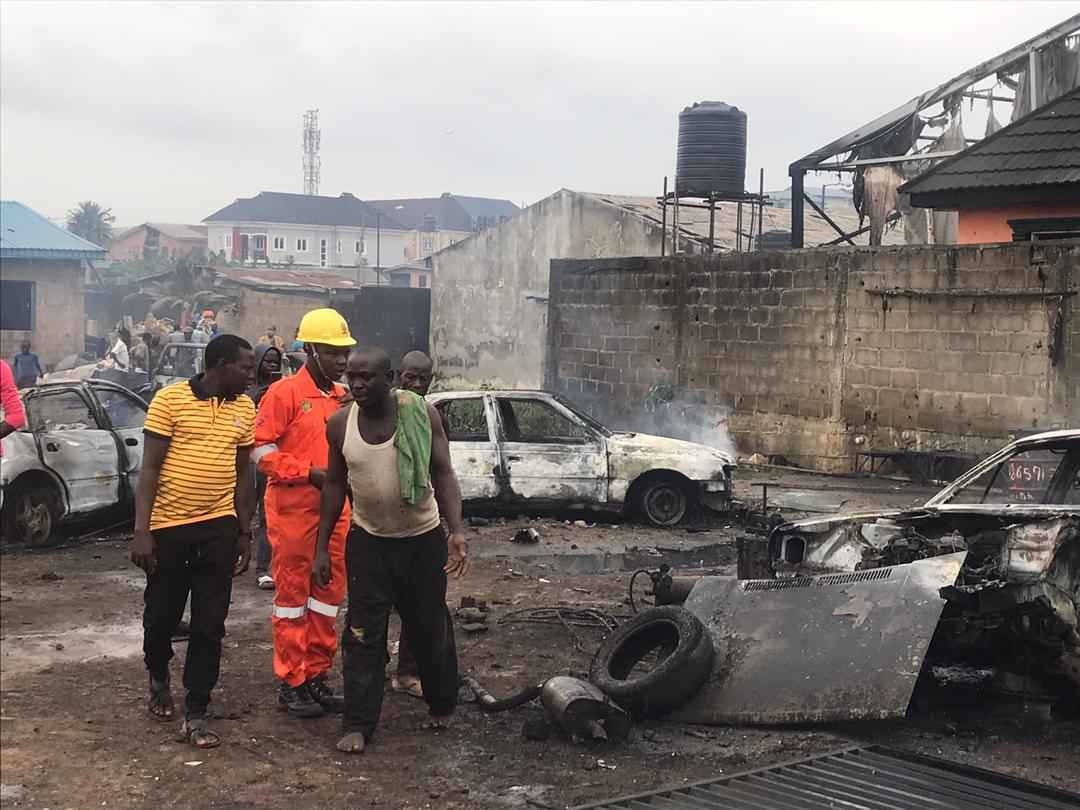 By Admin
September 24, 2020
At least 16 persons were critically injured and scores of building and cars destroyed in the gas tanker explosion on Thursday in the Iju-Ishaga area of Lagos.

This was confirmed by the  Lagos State Emergency Management Agency, LASEMA.

According to the Director-General of the Agency, Dr Olufemi Damilola Oke-Osanyintolu, efforts are being made by his men to put out the resulting fire from the explosion with support from the Lagos State Fire Service, the Nigeria Police Force, and the Nigeria Security and Civil Defence Corps.

On the arrival of the Tiger Squad, Alausa Secretariet at the scene, it was discovered that there was a gas explosion at the aforementioned address. Further investigation gathered revealed that an unknown truck conveying Gasoline had a lone accident and exploded.

The impact of the explosion led to fire on adjoining buildings and several vehicles burnt. Several persons were injured and have been taken to the nearest hospital for treatment.

LASEMA’s Director of Operations, Engr Olatunde Akinsanya said 16 persons have been confirmed to be critically injured and taken to the Iju Water Works clinic.

Akinsanya added that the gas tanker explosion took place at about 3:30 pm.

The tanker was supposed to off load its content at a gas station, but the station’s owner reportedly refused to allow him because a seal had been broken, indicating that the content had been tampered with.

Enraged by the refusal of the station manager to off load the content in his tanker, the driver moved out of the premises.

A few meters away from the gas station, the front tire of the tanker burst and the gear box struck the ground causing a spark which led to an explosion when it came in contact with gas that was leaking from the tanker.

The vehicle ended in a ditch, where a second explosion erupted.

The impact of the explosion spread about 300 radii from the scene of the incident, the LASEMA official said.

It was not yet clear at the time of reporting this story whether the driver of the tanker was still alive as he seemed to have sustained third-degree burns.

According to LASEMA in a Twitter message, Market- 1 (consisting of 15 shanty shops), 23 Buildings and 15 Vehicles were affected by the explosion.