A final Report of the Presidential Investigation Committee on the EFCC Federal Government Recovered Assets and Finances from May, 2015, to May 2020, had seriously indicted and implicated Magu on various allegations leveled against him.

1. investigate, verify and review the recommendations of the Presidential Committee on Audit of Recovered Assets as it relates to the EFCC, with a view to ascertaining the complicity or otherwise of the Ag. Chairman, Ibrahim Magu, in the mismanagement of the assets recovered by the Commission;

2. Identify Avenues through which the recovered assets are dissipated and seized, recovered, forfeited (Interim and Final) assets are valued, managed, disposed and/or mismanaged with a view to ascertain compliance or otherwise with extant laws, regulations, processes and procedures.

4. Determine whether assets recovered during his tenure, whether locally in Nigeria or abroad, are being kept safely in a manner as to preserve their original value and determine:-

The committee was also to investigate and report on corruption and money laundering allegations involving Magu and Bureau De Change operators, as well as some of his associates; as per the intelligence reports and petitions.

It was to audit the Assets and Finances of the EFCC as a legal entity from 2015-2020, with a view to establish compliance or otherwise with procurement procedures of the EFCC in line with the provisions of the Procurement Act.

However, new facts have emerged on how interest rates accruing from N550 billion recovered by the EFCC in the period under review were allegedly re-looted.

Magu is now expected to disclose the whereabouts of the missing interest funds running into millions of naira.

The Final Report of Presidential Committee on Audit of Recovered Assets  (PCARA) that covered the period of May 29, 2015, to Nov. 22, 2018, had also confirmed the concerns of the public about contradictory recovery figures emanating from Magu.

“It is quite disturbing that conflicting figures are being circulated in the public space by EFCC as the amount of recovered funds”.

“These inconsistencies cast a serious doubt on the accuracy of figures submitted by the EFCC. It is the committee’s view that the EFCC cannot be said to have fully accounted for cash recoveries made by it”.

“It must be pointed out that the discrepancy of more than thirty nine billion naira does not include interest accrued in this account since it was opened.

“It therefore cast serious doubt on the credibility of the figures and means that substantial amount of money has not been accurately accounted for”.

“Failure to report on the interest on actual lodgments clearly establishes that interest element of over N550 billion has been re-looted relating to the period under review”.

“This is an apparent case of manipulation of data in a very brazen and unprofessional manner and this has greatly eroded the public confidence in the anti-corruption efforts,’’ the report stated in part.

The PCARA revealed how the investigative reports on EFCC’s activities by the Nigeria Financial Intelligence Unit (NFIU) exposed acts of corruption and money laundering against some EFCC officials, including Magu.

“The NFIU reports established that the Acting Chairman has been using different sources to siphon money from the EFCC, and in some cases collecting bribes from suspects”. 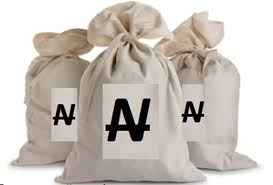 “The report has shown that a particular Bureau de Change, owned by Ahmed Ibrahim Shanono linked to the Acting Chairman based in Kaduna has more than 158 accounts and has been receiving huge sums of funds”.

“The link to Magu was also established by the payment of N28 million to FALANA who is a close associate and ally of the Acting Chairman,’’ the PCARA report further revealed.

The Salami probe panel is expected to continue sitting on Monday while Magu’s lawyer, Mr Oluwatosin Ojaomo, had on Friday applied for an administrative bail for his client, who is facing corruption and other charges before the panel. (NAN)

Magu is being availed the opportunity to ...