Magu’s blatant display of arrogance, acquisition of illicit wealth has turned the EFCC into a glorified police station – Report

The suspended acting Chairman of the Economic and Financial Crimes Commission (EFCC), Ibrahim Magu, has allegedly been accused of turning EFCC into ‘glorified police station’ for alleged selfish motives.

The accusation was contained in a report submitted to President Muhammadu Buhari by one of the investigative committees set up to look into the activities of the EFCC under Magu.

According to the report, Magu has continued seconding police officers to the EFCC in spite the massive recruitment of officers and men carried out by the commission in recent years.

“The blatant display of arrogance and acquisition of illicit wealth has turned the EFCC into a glorified police station”.

“Despite massive recruitment of officers and men in recent years by the (suspended) acting chairman at the EFCC, he is still seconding police officers to the EFCC because he is comfortable with his fellow officers to carry out his illicit activities.

“He does not have any exit strategy for the police even though the EFCC officers are more experienced in the investigation of economic and financial crimes,’’ the report further noted.

The Inspector General of Police, Muhammed Adamu, had on Friday ordered the withdrawal of mobile policemen attached to Magu, who is being held at Area 10 Force Criminal Investigation Department (FCID), Abuja.

Malam Garba Shehu, the President’s Senior Special Assistant on Media and Publicity, had on July 11 explained that Magu was being investigated as a result of series of documented allegations made against him. 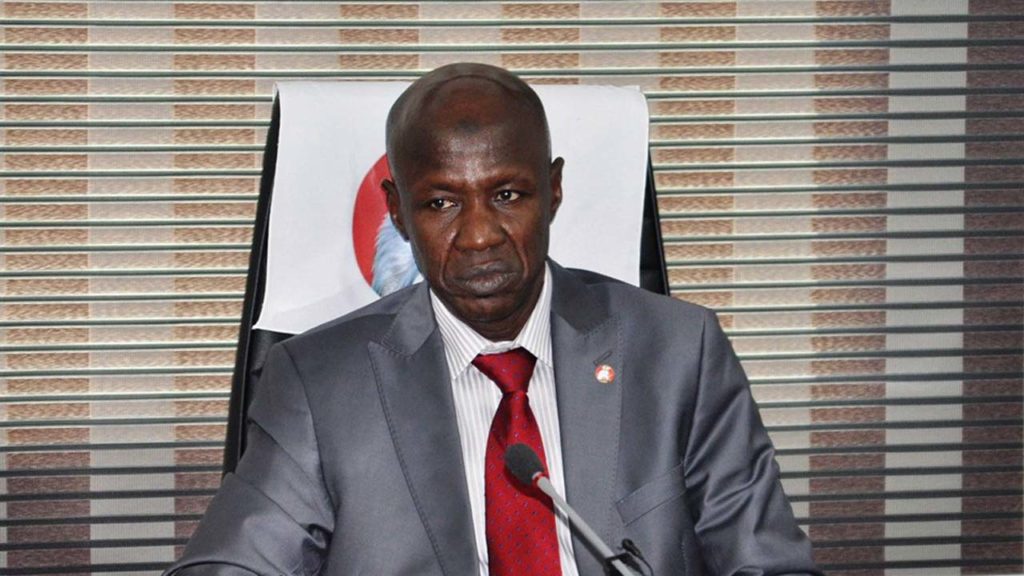 He added that detailed investigations were being carried out following a preliminary review of the allegations leveled against Magu and several other members of staff of the EFCC.

“Hence, an investigative panel was constituted in compliance with the extant laws governing the convening of such a body”.

EFCC: Magu accused of failing to give ...