Military Pension Board: Lawal, a reformer on duty

When Commodore Sabiru Abayomi Lawal assumed duty on September 18th, 2020 as the 28th Chairman of the Military Pension Board, MPB, he came with an attitude of efficiency. And it showed in the manner he set out to reform operations at the board. 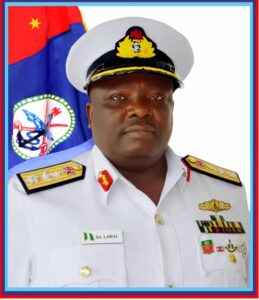 Obviously aware of the critical role such a board plays in the lives of retired military personnel and the entire military at large, Lawal served a clear intent at reforming the operations of the 46-year-old Board.

Ever since, he has kept faith to his mission and vision of automating the administration and management of military pension in Nigeria. One of such measures being undertaken is his determination to electronically verify Nigerian military pensioners within and outside the country. Lawal believes that automating the processes will help eliminate multiple human errors and unwholesome incidents that had dogged the operation of the board and stymied its efficiency at delivering the right service to the nation’s retired gallant military personnel both at home and in the Diaspora.

Nigeria has had challenges of grave proportion in its pension management and administration. Whether it’s the pension of civil servants, police personnel or the military, several hiccups have clogged the smooth administration of these pensions. In the case of the civil service, there had been cases of aged grandparents and parents slumping and dying on the queue as they wait, sometimes in vain, for their pensions and gratuity. Incidents like this have made the civil service less attractive to many Nigerians especially the millennial generation.

Nigerian military is no less different. Some Nigerians have canvassed for better pay and improved welfare for military personnel because of the volume of work they do. Beyond the allure of the uniform and its attendant privileges, what the military personnel dread the most is life after service. The system is wired in such a manner that as soon as a military personnel retires or leaves service via any other exit route, such a person loses his or her place in the barracks. It’s worse for those who did not build their own house during service; and equally hellish for those who made light of their pension contributions during service. They go home almost empty-handed.

Nigeria currently has about 300,000 military personnel striving to protect the territorial integrity of a nation of about 200 million people with a landmass spanning 923,768 square kilometres. This is a far cry below the basic minimum recommended by the United Nations. It says only one thing: Our military personnel are over-worked, stretched for time, energy and emotion. They, therefore, deserve a better deal, better pay, at least basic comfort and an assurance that when the unexpected happens (death, etc) or the expected (retirement) there will always be a guaranteed substance to cushion the pain for their families. It’s the least a nation should do for a group of persons that risk their lives to defend and protect others.

Therefore pension for the military, like any other agency or department, is a well-thought out initiative. It gives hope for good life after service. Yet, in the case of the military – as with the police and civil servants – some personnel have been known to complain about the end-reward for their gallant service to their fatherland. Some even agitate to quit the contributory pension scheme. This is largely due to the poor pay of military personnel and the historical frustrations they go through trying to receive their entitlements especially in those days when their contributions were being managed by their employer – the Federal Government. These were the fears that the leadership of Lawal has come to take away.

Already, Lawal is building inter-agency synergy and forging partnerships with relevant players in the nation’s socio-economic landscape to shore up efficiency at the MPB as well as build the capacities of personnel within the Board to engender a culture of efficiency, transparency and operational integrity.

His determination to embark on Electronic Verification Exercise (EVE) has been described as a testament to the visionary disposition of his administration and leadership philosophy. The MPB is working on a partnership with eTranzact which will see to the automation of the military pension in line with the dictates and paradigms of the 21st century.

Besides, automating the MPB operations will eliminate cases of late payment, omission of names, payment to ghost retirees and sundry fraud. This may also be why Commodore Lawal has recently become a target of smear campaign and other sleight of men to tar him in uncomplimentary colour. It’s a case of when you fight corruption, corruption fights back. But the multi-discipline Commodore has stuck to his gun, insisting on cleaning up the operations of the military pension board.

And it’s all so because his experience lends him to the job. Commodore Lawal flaunts a Bachelor of Science degree in Economics from the Nigeria defence Academy which he has topped with a Master’s degree in Business Administration (Finance) from the University of Lagos and Certificate in Public Financial Management in a Changing World from the highly esteemed Harvard Kennedy School of Executive Education, USA. He is a member of the Institute of Cost and Management Accountants, Institute of Chartered Economists of Nigeria, the Nigerian Institute of Management (NIM) and the Association of National Accountants of Nigeria.

But no matter the campaign of calumny to smear his reputation, Commodore Lawal must forge ahead with the automation of the operations of the Board starting with electronic verification of pensioners. This is a smarter, cleaner way to run a critical organ of the Nigerian military if only to eliminate the hardship and stress associated with the previous system of manual/physical verification.

The military, especially the retirees and those at the cusp of their service, should be happy with Lawal for his reforms and his avowal to birth a new order of transparency and efficiency in the administration of military pension in Nigeria. If he pulls through these reforms, he would have etched his name on the glorious page of the nation’s military history.  And yes, he can, given his pedigree of sterling performance at various stations before he was appointed Chairman of the MPB.