A  compliance officer with Zenith Bank pic,  Remigius Ugwu, on Wednesday, alleged that N359 million was moved from Special Duties ministry account and transferred to different accounts on the instructions of then minister, Kabiru Tanimu Turaki. 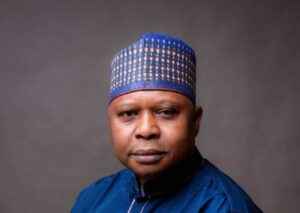 Ugwu made this known while giving his evidence-in-chief in the ongoing trial of ex-Minister Kabiru Taminu Turaki before Justice Inyang Ekwo of the Federal High Court, Abuja.

Recall that former President Goodluck Jonathan had approved N359 million as part of the projects to launder the image of the government through sensitisation of Muslim groups in parts of the country.

Turaki, the Minister of Special Duties and Inter-governmental Affairs between 2013 and 2015, is charged with alleged laundering of N854 million.

He also served as the supervising Minister of Labour from 2014 to 2015 in President Jonathan-led administration, and as chairman, Presidential Committee on Dialogue and Peaceful Resolution.

The EFCC had, on May 4, arraigned the former minister alongside his former Special Assistant, Sampson Okpetu, and two firms; Samtee Essentials Limited and Pasco Investment Limited, on 16 counts of money laundering.

The anti-graft agency alleged that the defendants used the companies to launder funds totaling about N845 million stolen from the two ministries where the minister held sway under the then administration.

However, Turaki and Okpetu pleaded not guilty to the charges.

Ugwu, who was the second prosecution witness (PW2) while being led in the evidence by Counsel to the EFCC, Farouk Abdullah, said around 2018 and 2019, his office received a letter of investigation activities from the anti-graft agency in relation to eight of their customers.

“My schedule of duties, I liaised with law enforcement offices and regulators.

“I receive request from them and respond to their request and any other assignment assigned to me by the management of the bank,” he said.

According to him, the EFCC requested for the account opening packages, statement of accounts, some transaction instrument certificates of identification and other documents.

“Some of the customers are Abdulrahman Yususf, Over One Bureau De Change, Drilled Tiger Construction Ltd, Sampson Okpetu, Kabiru Taminu Turaki and Presidential Committee on Dialogue and Peaceful Resolution,” he said.

He said his office made the requested documents available to the anti-corruption agency.

Abdullah, therefore, applied to tender the documents as exhibits after Ugwu identified them.

Joe Gadzama, SAN; A. K. Ajibade, SAN; Abdullaziz Ibrahim, and Nasir Saidu, who were counsel to the 1st to 4th defendants respectively, however reserved their rights of objection, and Justice Ekwo then admitted the documents in evidence and marked as Exhibits PW2-A1 to PW2-A703.

The witness told the court that on Jan. 19, 2015, there was an inflow of N359 million in the account of the Federal Ministry of Special Duties and Inter-Governmental Affairs.

Gadzama, who was Turaki”s lawyer, during a cross-examination, asked the PW2 if he was aware that his client maintained another account with the bank besides his personal account.

However, Ugwu said he could not tell whether Turaki had another account with his bank since he only submitted one to the EFCC.

The PW2, however, told the court that he would not know if Turaki was signatory to the ministry’s account.

When asked if he knew the former minister, Ugwu said he did not know him personally.

Shortly after counsel to other defendants cross-examined the witness, Justice Ekwo adjourned the matter until Sept. 24 for trial continuation.

The judge, however, cautioned the EFCC against asking for frivolous adjournment in breach of the Administration of Criminal Justice Act (ACJA), 2015.(NAN)