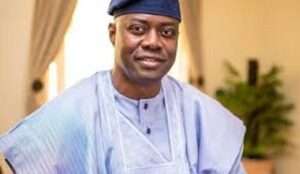 Olaniyan told newsmen in Ibadan that such borrowing would shore up the meagre monthly federal allocation and internally generated revenue (IGR) accrued to the state.

The state government had faced criticism over a proposed N100 billion bond to finance some projects.

Critics had asked why the state government was proposing another N100 billion bond after it had taken N39 billion loan to make N139 billion within two years.

Olaniyan explained that the monthly federal allocation and IGR were not enough for the state to embark on developmental projects.

He said that funds accruing to the state’s purse was decreasing daily, adding that the situation necessitated the need to borrow to execute developmental projects.

Olaniyan said that the immediate past administration need not borrow at all, considering the several funds accrued to it, such Paris club, excess crude oil and some overpayment refunded to it.

He said that those funds accrued to the immediate past administration were responsible for the projects executed, “which are not available now’’.

“The last administration does not need to borrow money then, because there was enough money.

“They have the Paris club, excess crude oil and some overpayment refund made to Oyo state government.

“The people of Oyo state have elected us, they should give us the chance; we will not betray them.

“They should give us the support to deliver,’’ Olaniyan said.

The deputy governor also congratulated Muslims across the state, urging the people to continue to leave in peace and harmony.

“We should continue to leave in peace; Oyo state belongs to all of us,’’ he said.NAN