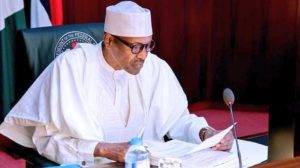 The Debt Management Office (DMO) says the N162.55 billion it allotted to investors in the third sovereign Sukuk will be used to finance 44 critical road projects across the six geopolitical zones of Nigeria.

It said this in a statement on Friday in Abuja while announcing the result of the Sukuk for which it offered N150 billion to investors.

The DMO said the offer attracted a very high level of subscription from investors with total subscriptions of N669.12 billion, representing a subscription level of 446 per cent.

“The impressive demand for the Sukuk came from a wide range of investors which included Ethical Funds, Insurance Companies, Fund Managers and Retail Investors, amongst others.

“This participation by a wide range of investors is in line with the DMO’s objectives of diversifying the investor base for government securities and promoting financial inclusion.

“The Sukuk issuances are project-tied and are used to finance specific projects which are disclosed to investors,” it said.

According to the statement, the benefits from the earlier Sukuk issuances, which were also used to finance roads, include improved safety on the roads, faster travel times, access to markets for farm produce and opening up parts of the country for development.

It added that other important benefits of using Sukuk to finance road projects were job creation and increased level of activity for service providers, many of whom were small businesses.

The DMO, however, said it expects to continue to raise funds through Sukuk to support improvement in infrastructure and development of the domestic capital market. (NAN)

Adamawa with 4 million people has only ...