The Nigeria Centre for Disease Control (NCDC) says it has sealed a health facility in the Federal Capital Territory (FCT) for allegedly collecting money and issuing fake COVID-19 results. 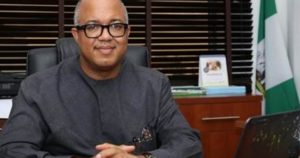 Dr. Chikwe Ihekweazu,  Director-General, NCDC, made the disclosure  during the Presidential Task Force ( PTF)  on COVID-19 national briefing  in Abuja on Monday.

He explained that the samples were collected by the testing centre but there was no evidence that tests were carried out.

He said, “You may all recall the investigative report by a media house at the end of  2020 on fake testing results being issued especially for travel results.

“This is a challenge for us at NCDC, for the labs and the PTF as well.

“Just last week, the FCT Administration supported us in the investigation and sealing of an illegal testing centre. This centre had been collecting funds from citizens and issuing fake results.

“In these fake laboratories and testing sites, samples are collected but there is no evidence they are actually tested.

“It is not only fraudulent but can also contribute to increasing spread of the virus and loss of lives,” he said.

The NCDC boss appealed to Nigerians to desist from patronising these centres, noting that the accredited centres were on the NCDC website, www.covid19.ncdc.gov.ng.

He said the NCDC was fully committed to supporting every single state and the FCT on testing.

Ihekweazu also disclosed that six additional samples with the B.1.1.7 variant had been detected in the last one week in Lagos State.

“In total, we now have 13 cases detected with this B.1.17 variant – six from Lagos, five from Osun, one from Kwara and one from FCT,” the D-G added.

According to him, the B.1.351 variant,  which is the dominant strain in South Africa, has not been found in Nigeria yet.

“But we have sequenced only about 303 samples.

“ As we scale up our sequencing, there is the likelihood of detecting additional variants of concern circulating,” he stated.

The  B.1.1.7 coronavirus variant first reported in Britain,  had 17 recent mutations that changed or deleted amino acids in viral proteins.

The variant was named Variant of Concern 202012/01 by Public Health England and is part of the B.1.1.7 lineage of coronaviruses. (NAN)