The next Nigerian president and the bumpy road to 2023 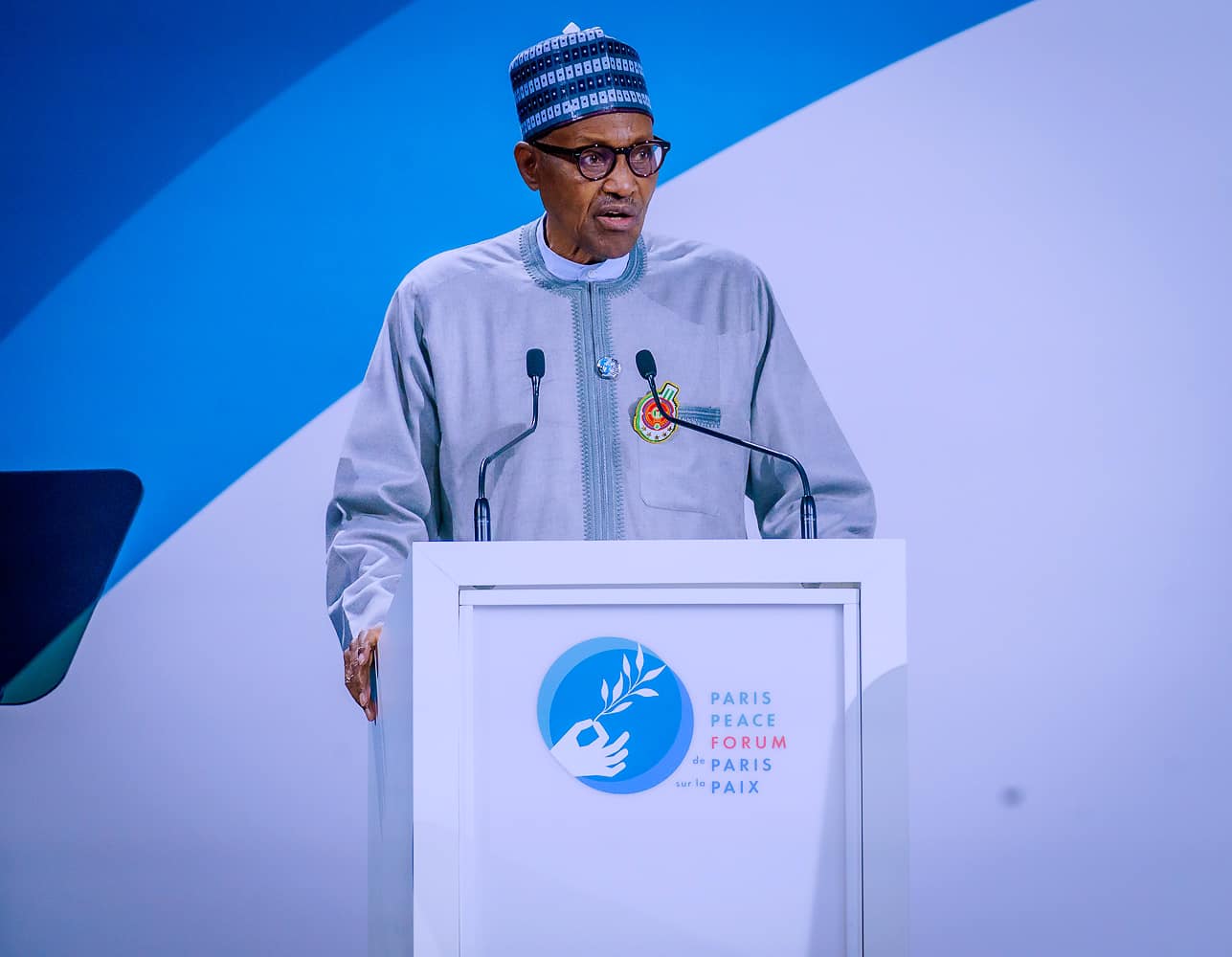 The next Nigerian president and the bumpy road to 2023

Nigeria needs a manager-leader; not a pretentious moral purist. The Nigerian Presidency is not a church, a mosque or a shrine. It is a place for a truly secular-minded person. It is not a house of prayer where the leader appeals to the moral suasion of the followers or persons of his faith. No. It is a place to take tough, critical decisions.

They are out again. On the hustings. Politicians are crawling out of their holes. They want to rule Nigeria. Both the serious, the comical and the serio-comic. More will still come out to make a pitch. Make no mistake about it, the average Nigerian politician is smart, not dumb. They will play all sorts of cards. Ethnic, religious, gender, cultic affiliation, zoning, etc. Some will play the ‘anointed one’ card. Some will even invoke God claiming they have a celestial mandate to lead the nation. In all, it’s buyer beware. Caveat emptor!

Nigerians had been fooled in the past. Some fooled themselves. They voted according to the dictates of their belly, religion, ethnicity or some politically-contrived zoning formula. They lost their senses because their kinsman was on the ballot. They let down their guard because somebody of their religion or ethnicity was contesting. So, they must vote along ethno-religious line. Such banal and primitive consideration, strangely, festers among media professionals, other professionals and the enlightened business community. Once politicians throw the dice of ethnicity and religion, Nigerians fall for it. It’s troubling. But it has to stop if we must make the most of democracy.

As the days roll by, more options will pop up, each bearing a messianic halo. As they pitch for attention and votes, they point to an Eldorado that they want to herd Nigerians to. They conjure images of a flourishing paradise where their magic wand would land Nigeria and Nigerians. But Nigerians, multiple times hoodwinked, should by now come to terms with the wily ways of the political wayfarers. It’s imperative that as a Nigerian, before you make your choice of president in the February 2023 presidential election, there are critical factors you must consider.

Nigeria has been managed by tough men, real toughies like Olusegun Obasanjo, Muhammadu Buhari both at separate and disparate dispensations. On both occasions, the country failed to gain the expected traction both socially and economically. It has also been managed by persons adjudged to be gentle, even weak. Goodluck Jonathan, Abdulsalami Abubakar come to mind. Then came the liberalist, Ibrahim Babangida. His liberal economic policy of privatization was good but he and his team lacked the discipline to effectively implement the nuggets of his deregulation policy.

But none of these men came close to setting the nation on the path of real development. It simply means that Nigeria does not need strong men or liberalists to make her well again. With an economy in stasis, a polity atrophied by division and unrestrained wave of social discontent, Nigeria no longer needs any of these qualities for her leaders. Nigeria requires managers, pragmatic entrepreneurs to unbundle her enormous talents. The next Nigerian leader must have courage, discipline, intellect, must be selfless and very willing and anxious to punish crime, deal with corruption ruthlessly even when members of his or her family, friends and party faithful are involved. Such a person must be physically fit (no more AWOL presidents who will, at the drop of the hat, abandon their duty post for medicare in America, Saudi Arabia, London or elsewhere).

Liberalism is good in a democracy but it must have a tinge of shrewdness and discipline on the part of the leadership. Lee Kuan Yew is a reminder here. In re-inventing Singapore from the ruins of war, he first purged himself of wholesale liberalism. He inclined himself on the plane of self-discipline. In his own account, he saw Singapore as an enterprise that needed a turnaround.

Every 21st Century leader of a nation must see that nation as an enterprise. Leading a nation out of the woods, especially a nation with so great potential, requires a bent of entrepreneurial acumen from the leader. It is beyond hosting delegations and visitors in state houses; it is far beyond mouthing policies that the leader barely understands.

The reason Nigeria drags is down to leadership. The incompetence of previous governments has been accentuated by the grand incompetence of the Buhari government. It is made worse by the high-level subterfuge of the Buhari regime where every actor takes no responsibility but blames all their failures on past regimes. Leadership fails when the leader takes no responsibility. Buhari and his actors are adept at this.

At this time, Nigeria needs a manager-leader; not a pretentious moral purist. The Nigerian Presidency is not a church, a mosque or a shrine. It is a place for a truly secular-minded person. It is not a house of prayer where the leader appeals to the moral suasion of the followers or persons of his faith. No. It is a place to take tough, critical decisions. Courage is key. The person must subject himself under the law and should have the boldness and moral gumption to ensure that all laws are enforced. At the core of Nigeria’s backwater status is corruption. The next Nigerian president should be one ready and prepared to dare the looters, past and present. Needless stating the obvious: some of those parading themselves as Presidential hopefuls deserve to be in jail. They have no part in governance and leadership at any level. Their hands are soiled. Their souls are scarred with the scabs of graft. Never should Nigerians give heed to such vainglorious men, a ruinous army of vermin who have over the years annexed Nigeria as their personal estate and the nation’s wealth as their private till.

The latest (2020) Ibrahim Index of African Governance (IIAG) again showed that Nigeria has retrogressed in recent years. A baby of the Mo Ibrahim Foundation, every year, it ranks African nations in the order of their ability to provide sustainable economic opportunity for their citizens. Sustainable economic opportunity is said to happen when a nation pursues economic development that births pleasure and happiness for its citizens balancing it with reserving its natural resources for future generations. A development that keeps its eyes on now and the future.

The latest study released in November last year covered 2010 to 2019 and within this period, Nigeria’s economic fortune continued inexorably on the downward slide. The study covered the era of the late Umaru Yar’adua, Goodluck Jonathan and the incumbent Muhammadu Buhari.

In the report, Nigeria ranked among nations with dipping values for the rule of law, respect for human rights and security, squatting at the lower half of the log which has smaller and less endowed nations like Cape Verde and Seychelles ahead of the giant of Africa.

The reason Nigeria drags is down to leadership. The incompetence of previous governments has been accentuated by the grand incompetence of the Buhari government. It is made worse by the high-level subterfuge of the Buhari regime where every actor takes no responsibility but blames all their failures on past regimes. Leadership fails when the leader takes no responsibility. Buhari and his actors are adept at this.

This should influence the choice Nigerians would be making in 2023. They must wean themselves of emotion and medieval sentiments of religion and ethnicity. They must choose between ability and lack of capacity, between readiness and unpreparedness. Nigeria, like any other nation in the 21st century is an enterprise and must be so run for profitability and sustainability. Any person who has never managed an enterprise successfully (public or private) should not be allowed to take up tenancy in Aso Rock. Anybody whose wealth cannot be justified and explained should excuse Nigerians.

Next year, Nigerians must elect a leader who is both physically and mentally fit to take charge and take responsibility for his actions and inactions.