Nigeria rakes in $450m from Islamic bonds to finance infrastructure 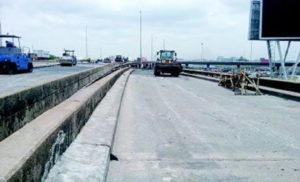 The government had planned to sell 150 billion naira of the Sukuk in its third outing, the DMO said, but it increased the size of the offer after it received a more than four-fold subscription.

The agency said it expected to issue more bonds to improve infrastructure and plans to use the proceeds of the Sukuk sale to finance 44 road projects across Nigeria.

It did not give the maturity or the yield for the naira-denominated bonds.

Africa’s biggest economy had a series of debt issues lined up this year before the new coronavirus pandemic triggered a plunge in oil prices, Nigeria’s main export, forcing the government to shelve foreign commercial borrowing.

The government is now tapping domestic markets and concessionary loans to help fund its 2020 budget deficit which has been worsened by lower oil prices that have slashed revenues and weakened the naira currency.

The oil price crash has also triggered excess naira liquidity on domestic money markets as foreign investors sell Treasury bills, a situation that has helped created dollar shortages in Nigeria, whose economy is projected to contract as much as 8.9% this year. REUTERS