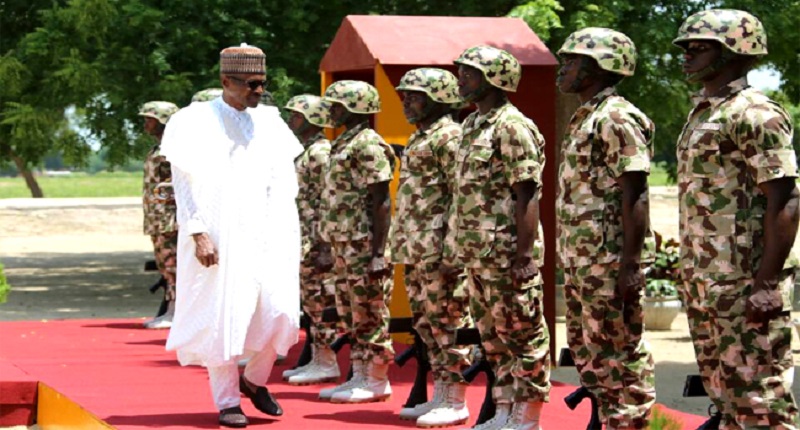 It was gathered that the terrorists had sneaked into town on six gun trucks through a cattle crossing point within Mafa axis at about 6:50 pm.

While the mission of the insurgents was not clear, there is a military formation in that axis.

A military intelligence disclosed that the troops from the 195 Battalion Operation Hadin Kai in Jere were mobilised after receiving an alert on the movement of terrorists in the town.

“The troops from a Taskforce Battalion in Jere engaged the terrorists in the gun battle and eliminated some of them.

“As of now, we have counted four corpses of the invaders as we are still pursuing them and following the track of blood in the bush.

“After our clearance operation on their escape routes, by tomorrow morning, a detailed update can be provided,” the source concluded