More Nigerians have risen in defence of former military leader, Yakubu Gowon, who was recently accused by British MP Tom Tugendhat of looting half of the Central Bank of Nigeria, CBN, when he head of state. 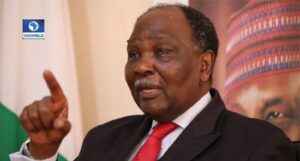 Tugendhat made the claim, now described as outlandish and unfounded by some Nigerians, during the UK parliament’s debate on the #EndSARS protests during which extra-judicial killings and extreme violence became a norm.

An obviously angry Gowon had responded to Tugendhat’s claims in an interview with BBC, describing the allegation as ”rubbish”.

“What the MP said is rubbish. I don’t know where he got that rubbish from. I served Nigeria diligently and my records are there for all to see.”

“I did not want to speak on this issue because people that know me know that what the MP said is not true”, he added.

Some Nigerians have also excoriated the British MP for profiling Gowon as a crook in the order of some notorious Nigerian leaders. They said among the post-civil war leaders, Gowon and President Shehu Shagari stand out as incorruptible.

A vox pop conducted by Political Economist returned a verdict of ‘not guilty as charged’ on Gowon. The respondents however thanked MP Tugendhat for raising the motion on possible sanction against Nigerians who violated the fundamental rights of the protesters.

Also the President of the African Development Bank, Dr. Akinwumi Adesina, in a tweet on Wednesday night, warned Nigerians not to fall for Tugendhat misinformation and described Gowon as a man of integrity.

“I know him. A great and admirable elder statesman of Nigeria. His honesty and integrity are impeccable”, Adesina wrote.