The UFC will head to Africa for its debut in 2022, promoter Dana White has revealed.  After Nigerian supremo Kamaru Usman successfully defended his welterweight title against Jorge Masvidal at UFC 261, White was asked whether he was still pressing to take the company to Africa, to which he replied: ‘2022.’ 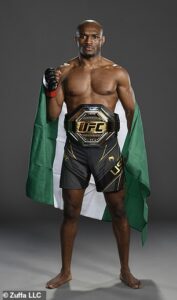 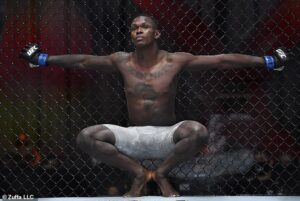 Talk of taking the UFC to Africa have been around for some time and White recently went into detail about his desires to pull it off in 12 months’ time.

Speaking on the Bill Simmons Podcast he said: ‘One of the many monumental times in my career, but one of the things that I’ve always wanted to do is have a fight in Africa.

‘The Ali-Foreman ‘Rumble in the Jungle,’ all that stuff I remember growing up, I haven’t had mine yet. But it’s coming.

‘We’re looking Africa in 2022, so I’m really looking forward to that.’

Back in 2019 Ottman Azaitar and his brother Abu were campaigning to have Morocco included on the UFC map.

The two fighters were pushing hard to see the North African territory make history as UFC’s first African fight venue but the plans for 2022 remain unclear.

South Africa, which hosted the 2010 football World Cup, is seen as a contender while there is also suggestions that the success of Usman and Adesanya could see a blockbuster fight in Nigeria.