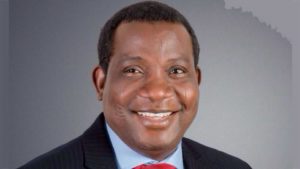 The Northern governors also said there were against the decision of their Southern counterparts on the vexed issue of Valued Added Tax (VAT) being collected by states.

These were part of the decisions taken at the Northern Governors Forum meeting held in Kaduna. They met with traditional rulers in the region.

These formed part of the resolutions reached on Monday when the governors of the 19 northern states held an emergency meeting with traditional rulers in the region at the Government House in Kaduna State.

Chairman of the Forum and Governor of Plateau State, Simon Lalong, read the communique containing the resolutions on behalf of his colleagues.

According to the governors, zoning the office of the President as being agitated by southern governors is against the provisions of the 1999 Constitution, as amended.

They stated that any president elected must meet the constitutional requirements which include scoring the majority votes, and polling at least 25 per cent of the votes cast in two-thirds of the 36 states of the Federation.

Governor Lalong noted that although some northern governors had endorsed power shift to the South, the regional governors collectively condemned such calls.

On the issue of collection of Value Added Tax (VAT), the northern governors said they were aware that the case is before the court, and it will amount to sub-judice to take a decision on the matter.

However, Lalong explained that VAT should not be mistaken by state governments as a sales tax, saying allowing every state to enact its VAT law would result in multiple taxations, increases in prices of goods and services, as well as a collapse in inter-state trade.

On the security of the region, the northern governors commended the ongoing military onslaught against bandits and insurgents in parts of the North. They decried the alleged high level of conspiracies perpetrated by some judicial officers in releasing and granting bail to arrested criminals.

They demanded more commitment from all stakeholders in the fight against terror and banditry.