We did not pad NDDC budget – Senate 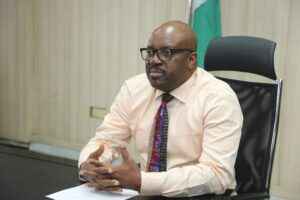 He also said that the allegation of having removed the regional projects of President Muhammadu Buhari in the budget submitted to the committee and inclusion of 500 non-existing projects valued at N80 billion was untrue.

The senator refuted the allegation that the committee was not forth coming in the processes leading to approval of the 2020 budget of the NDDC, noting that the senate had approved the commission’s budget in 2016, 2017 and 2018.

Nwaoboshi, made the clarifications at a news conference in Abuja on Tuesday.

The Acting Managing Director of NDDC, Prof. Kemebradikumo Pondei and the Executive Director, Projects of NDDC, Dr. Cairo Ojugbo had at different news fora accused the National Assembly of infractions in 2019 budget of NDDC.

The IMC acting managing director and the executive director projects had alleged that the National Assembly had padded the commission’s budget with 500 non existing projects with appropriation of billions of naira.

The NDDC IMC had noted that the budget which would be terminated by May 31 was yet to execute any projects in the region for the fiscal year.

The senate had earlier set up an ad-hoc committee to investigate an alleged misappropriation of N40 billion by the NDDC IMC in the four months of its operations.

Nwaoboshi, who was however not a member of the senate ad-hoc committee investigating the IMC said: “Blackmail will not stop the senate committee from doing its investigation.

“They have been implementing the budget, no complain, while nobody said the budget was balkanised, just because the National Assembly has decided to investigate the activities of the IMC, the issue of payments, balkanisation of budget, payments among other issues came up.

“Just because the IMC will appear before the Senate Committee to defend its activities.”

He said the National Assembly has the constitutional rights to appropriate and no amount of intimidation would stop the senate from exercising its rights.

He said it was untrue that the committee was not working on the 2020 budget of the NDDC, noting that the IMC was yet to produce the relevant documents on the budget proposal to the committee.

He urged the IMC to appear before the ad-hoc committee investigating it to prove its innocence over the allegations against the management instead of embarking on cheap blackmail on the National Assembly.

Nwaoboshi said the decision of the Senate to set up an ad-hoc committee was very right, given the series of blackmails on its committee on NDDC committee. (NAN)