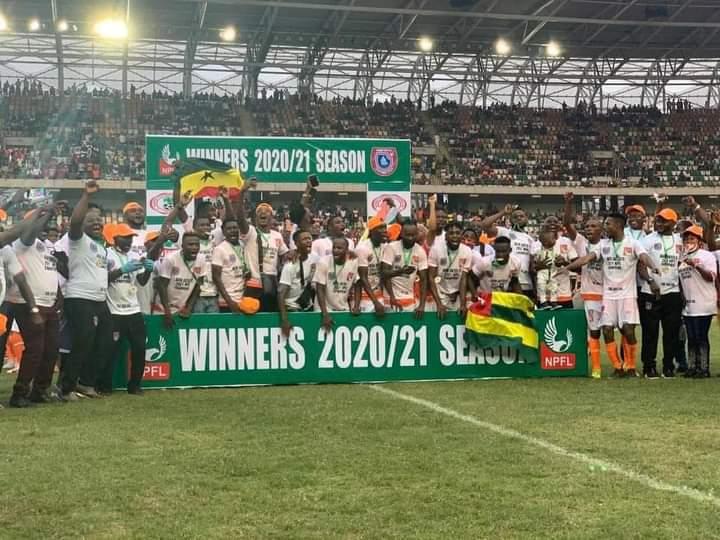 Minister, Niger Delta Affairs Ministry, Senator Godswill Akpabio, has described the victory of the state-owned football club, Akwa United, in this year’s football league as “a good omen which signposts the strides our youths are recording in sport development.”

A release by his Chief Press Secretary, Jackson Udom, quoted the former Governor of Akwa Ibom State as saying “let me congratulate the players, the management and the backroom staffers of Akwa United Football Club, for this uncommon feat of lifting the 2020/21 NPFL Cup for the very first time since the establishment of the club and the creation of Akwa Ibom State.”

The former Senate Minority Leader, also stressed the importance of making available quality sporting equipment for our youths to develop their talents in the different areas of sports, saying, “that was why, during my administration, we ensured that we put in place a world class stadium and other sporting facilities for the development of our youths and today, the state is happier for it. ”

Akpabio also used the occasion to congratulate the good people of Akwa Ibom State on the victory of their darling team and urged them to continue to support the team in future competitions, in order to continue to savour this moment of victory in the state and country at large.”