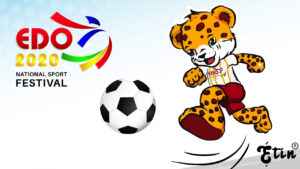 Ebomhiana confirmed this in an interview with the News Agency of Nigeria (NAN) in Benin on Monday.

He said the infected athletes had been quarantined at the Stella Obasanjo Isolation Centre in Benin.

According to him, the affected athletes are from different states of the federation and stood disqualified from the festival.

He, however, noted that the development was a good one when compared with the large number of athletes and officials participating in the national sporting fiesta.

“But it is good one compared to number of athletes and officials.

“It shows that the country is trying in flattering the cause of COVID-19,” he said.

The spokesman for the games, tagged Edo 2020, also clarified that only Oyo state contingents had been readmitted into the games following the completion of the COVID-19 screening.

“Taraba is still pending, because they have to undergo test for their athletes and officials.

“But Oyo are through with their test and they had been readmitted into the games.”

On the number of participating states, Ebomhiana confirmed that 25 states had so far arrived for the games.

“You know they keep on coming; there is no end to it.

“Some will want to come towards the end; some will miss out the major events, that is how they want it.

The Edo 2020 official, however, said all was set for the official opening of the games on Tuesday.

“The preparation for official opening ceremony tomorrow is in top gear.

“Go to the main bowl and see what is happening there.

“The arrangement are in top gear, we are ready. We are more than prepared, the Vice President will be here about noon tomorrow,” he said. (NAN)

Strike: The Govt is insincere, our demands ...