The event according to the organisers is geared towards sensitizing residents and business owners on the need to more responsive to the cleanliness of the environment.

Speaking on the essence of the initiative, the Managing Director of the Company, Sam Oodo said it was prompted by the consistent observation of the Local Government Councils environment and health services initiatives such as de-silting of drainage, prompt of weeds and refuses.

He further added that it is the company’s intention to increase the awareness of people living, doing businesses and working in the Local Government Area on the need to protect their environment, through deliberate positive environment friendly actions. 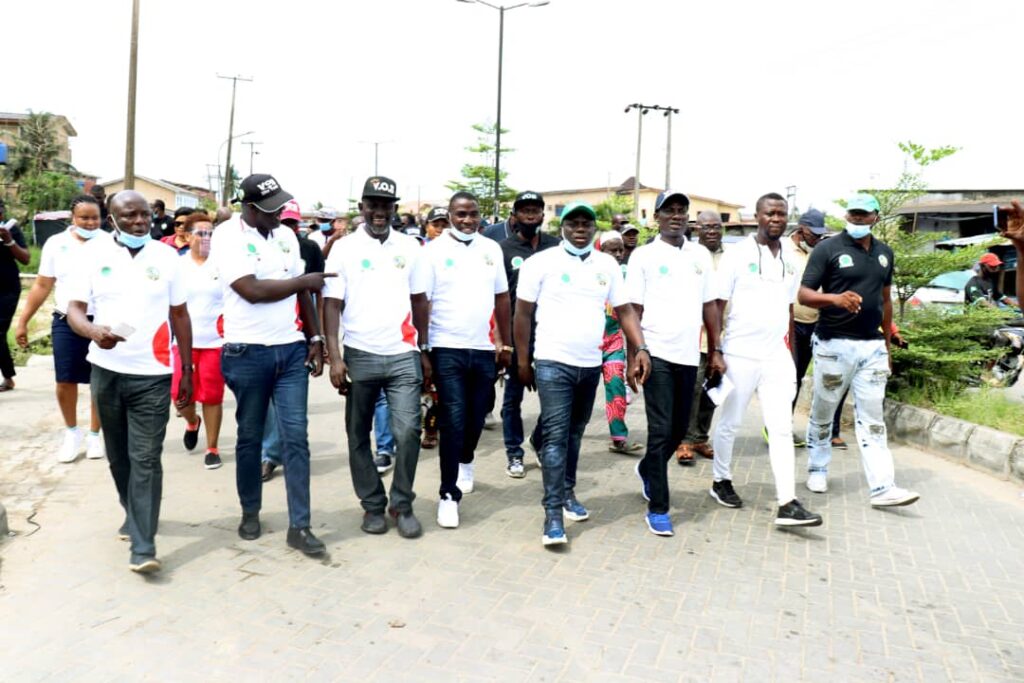 He however noted that the campaign is focused on effective waste disposal system and de-silting of drainages to allow free flow of waste water.
Engr Dr. Valentine Oluwaseyi Buraimoh, the Executive Chairman of Amuwo Odofin appreciated the organizers of the event for putting together the laudable event, emphasizing the importance of a clean environment to healthy living.

He went further to thank the organizers for clearing the drainages on Agidimo Road, while encouraged other corporate organizations within the Local Government Area to take a cue from O.D.C and incorporate corporate social responsibility projects to support governments.