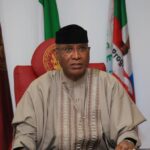 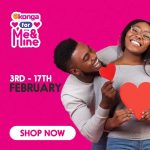 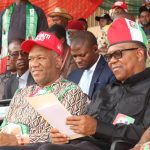 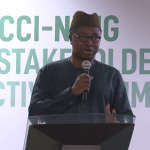 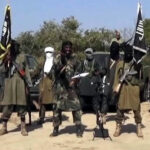 Okorocha made the call when the management of INEC in Imo led by the Resident Electoral Commissioner, Prof. Francis Ezeonu, paid him a courtesy call at the Government House, Owerri.

The visit was the first since the INEC boss assumed duty in the state.

The governor urged Ezeonu not to be partisan, but play to the rules of elections and pledged government’s full support to INEC.

He mandated his Chief of Staff, Mr Uche Nwosu, and the Secretary to the State Government, Sir George Eche, to ensure INEC got the Cs of O of its properties in record time.

Okorocha also instructed them to allocate a piece of land to the commission within Owerri Municipal for its new office.

Ezeonu had told the governor that the visit was part of INEC’s plan in Imo to build confidence among major stakeholders in the electoral environment.

He outlined his achievements since he assumed duty to include moving the ongoing Continuous Voter Registration (CVR) to the wards aside the cities, and giving new status to the registration areas for easier identification.

He informed the governor about the challenges the commission had met in securing certificates of occupancy for its offices in the 27 local government areas.

Ezeonu pledged the determination of his team to play by the rules and leave a legacy in the state.