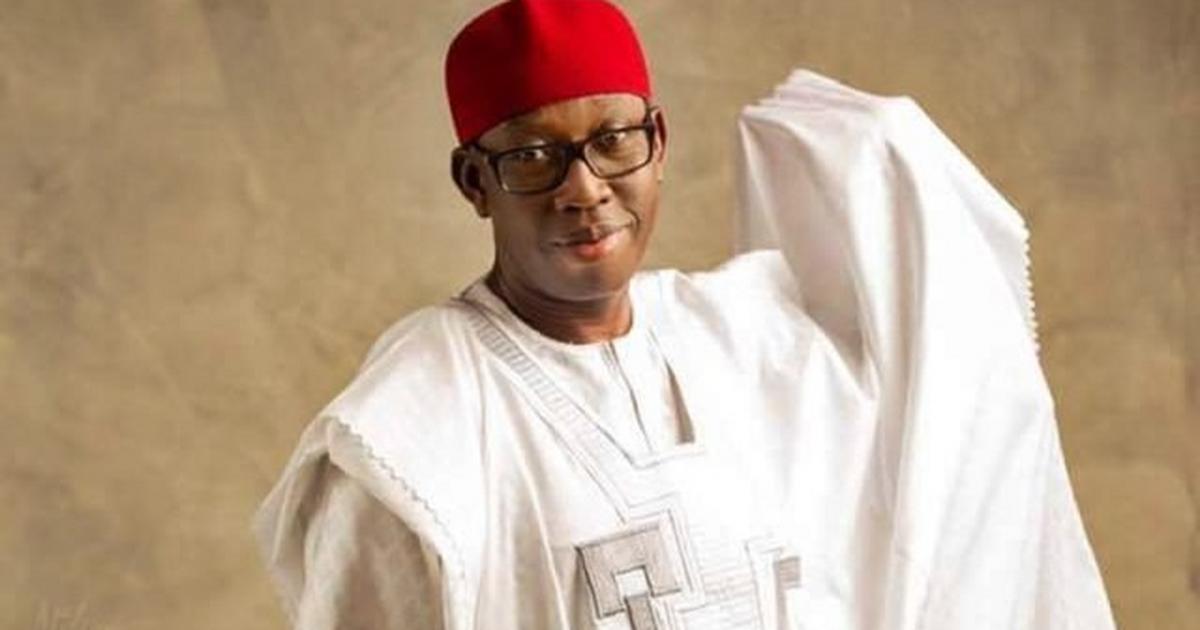 Ifeanyi Arthur Okowa, governor of Delta state and Vice Presidential candidate of the Peoples Democratic Party (PDP) is an Igbo man. No debate! As running mate to Atiku Abubakar, the Presidential standard bearer of the PDP, the Igbo have more than a foothold in the Atiku Presidency.

It’s disheartening and disturbing to hear some Igbo sons and daughters argue that a full-blooded Igbo son like Okowa is no longer Igbo just because of politics. Those who put forth such illogic are obviously driven by either ignorance or mischief, or both.  For the avoidance of doubt, the Igbo nation extends beyond the five south east states. Igbo are to be found in parts of Delta, Rivers, Benue and other adjoining states.

To narrow the Igbo ethnic group to only the south east is both a disservice to history as well as an unkind cut to the sensibilities of Igbo outside the south east. It’s an argument that assaults the psyche of families who lost their beloved children, husbands, wives, aunts et al to Federal troops during the civil war. It’s a well-documented historical fact that the people of Delta north – comprising Aniocha, Ndokwa, Oshimili and Ika clans – loosely aggregated as the Anioma (Good/Beautiful land) nation are Igbo who paid the supreme price during the civil war on account of fighting on the side of Biafra.

Historically, Anioma is derived from the four geopolitical and cultural identities of Aniocha, Ndokwa, Ika and Oshimili, now for political convenience called Delta north. The name Anioma was coined and promoted by the inimitable founding father of Anioma State Movement, the late Chief Dennis Osadebay of blessed memory. He lit the torch for a distinct Anioma nation (Anioma State), a torch that has passed through several hands and has continued to cast its rays into the future, a future full of possibilities and hope. The Anioma people are Igbo bound by cultural and linguistic affinity. Some of the forebears of the Anioma people were proven to have migrated to the south east. For instance, the people of Ozubulu in Anambra state were said to be migrants from Ubulu -Uku, one of the towns in present day Aniocha south local government of Delta state.

The Igbo have a saying – Onye ayana nwanneya – meaning let no one leave his relation behind, or in another context – let no one exclude his/her relation. It testifies to the kindred spirit that defines the Igbo anywhere they are found. This saying finds a broader expression in the time-worn nugget – be your brother’s keeper. The Igbo of Delta should not be suddenly disowned by their relations within the confines of the south east geographical delineation just because of divisive, partisan politics being propagated by some narrow-minded, dimwitted ethnic bigots. You don’t sacrifice your brother on the altar of toxic politics and expect outsiders to trust you.

Doing so amounts to counting the bloodletting in Asaba and environs during the civil war as nothing. It diminishes the import of the gruesome murder of Ika, Aniocha, Oshimili and Ndokwa sons and daughters during the war. It adds salt to the still niggling injuries sustained during the war by the Igbo in Delta. Okowa is a proud Igbo son. His name is Ifeanyi, a short form of Ifeanyichukwu – nothing is beyond or greater than God. And if we have to dig deeper into the etymology of his surname Okowa, we find more ancestral and historical evidence to support the argument that he is a bonafide Igbo man. Oko is an Igbo word for a male child. Owa is their kingdom in Ika area of Delta. Okowa, therefore, simply means ‘son of Owa kingdom.’

But no matter the attempt of naysayers and agents of divisive politics, the highest socio-cultural organisation in Igboland, the Ohanaeze Ndigbo Worldwide has ripped down all the walls of partitions erected to detach Okowa from his Igbo ancestry and strip him of his Igboness. The highly respected group under the focused leadership of Professor George Obiozor has described Okowa as “an Igbo prodigy; an astute administrator, sagacious politician, brilliant physician, creative visionary, prudent resource manager, detribalised patriot, purveyor of morals and a poster personality.”

Those were some of the nuggets contained in a statement signed by Dr. Chiedozie Alex Ogbonnia, National Publicity Secretary, Ohanaeze Ndigbo, describing Okowa as a man who grew through the ladder and is endowed with special grace by God.

“Available records indicate that from birth, God endowed Okowa with a special grace. It is only grace that explains the mystery behind the profound achievements by a few in various areas of life which paradoxically present enormous challenges to many others. Perhaps, this explains why Okowa ennobled the various offices he held with remarkable skill, exceptional diligence, elegance and panache.

“The life of Senator Ifeanyi Okowa is a veritable tribute to humility, sincerity, simplicity, hard work, perseverance and centrality of morals in the dynamics of power. As a governor, Okowa had a clear vision which he pursued with incandescent passion, valour, candour, honour and unassailable accomplishments.

“Above all other enviable attributes, Okowa resonates as a team player, diverse ethnic manager with a friendly finesse and character comeliness. He is one of the few who has sustained in government without the elixir and grandeur delusion that has become the characteristics of many in positions of authority. On the other hand, Okowa has served both as sub-ordinate, co-ordinate and super-ordinate to several persons without skirmishes. Dr. Ifeanyi Okowa is a quintessential gentleman.

“The Ohanaeze Ndigbo Worldwide led by Ambassador Professor George Obiozor is very proud of you. We are optimistic that your candidacy will add enormous electoral value to your political party, the PDP,” the statement said.

Revisional historians who labour to exorcise the Igbo spirit out of Okowa or any person from Anioma kingdom makes light of the October 1967 massacre of Anioma people in Asaba in the most gruesome pogrom ever recorded in that part of the terra firma, prompting  celebrated journalist, author and political historian, Emma Okocha,  to capture the mindless bloodletting in his chilling book – Blood on the Niger. Need these reverse-logic historians be reminded of the exploits of many Anioma men who fought on the side of Biafra during the civil war? Until his death in 2018 at the grand old age of 90 years, Colonel Joe Achuzia (Retd), the British-trained aeronautical engineer, was a proud Anioma son who wore his war scars with dignity. Fondly called Hannibal, his heroics while fighting on the side of Biafra remain a reference point for ruthless gallantry. Would they also shove such a man and his kinsmen out of the Igbo equation because of their toxic brand of politics?

Truth be told, Okowa is an Igbo man. In him and through him, Ndigbo will have a huge stake in Atiku Presidency. May we not, on the altar of divisive politics, break the Igbo bond.