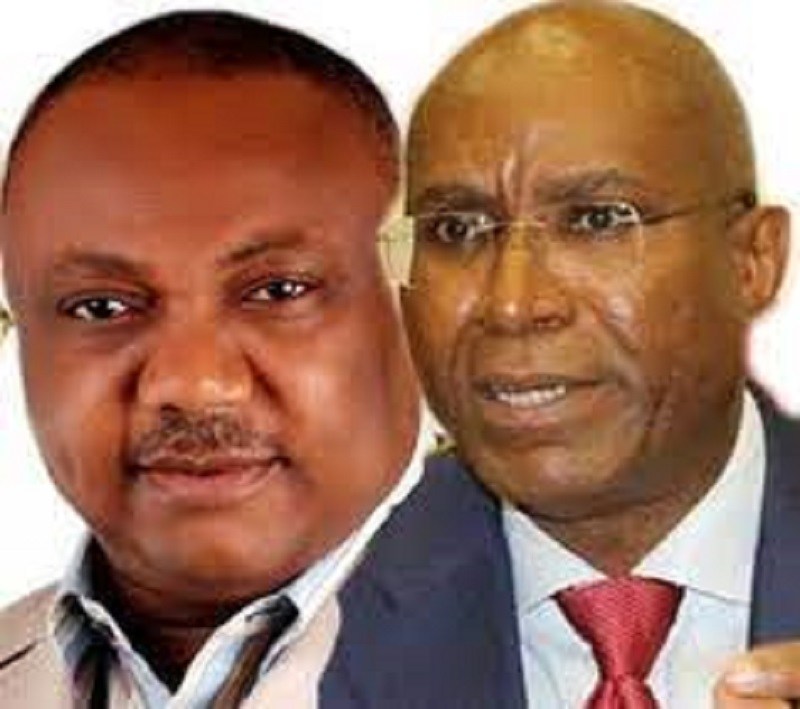 It is so unfortunate that the Governorship Candidate of the All Progressives Congress, APC, in Delta State Sen Ovie Omo-Agege and his campaign organization had the temerity  to describe Governor Ifeanyi Okowa as a betrayer.

Apart from Omo-Agege being my name sake, he is my very good friend, I respect him a lot but the truth has to be told.

Omo-Agege has never won election until the Governorship Candidate of APGA Chief Great Ogboru came into his political career.

I have been in this state since I was born and for some years now I have been fully involved in the political processes in Delta State.

The first primary election Omo-Agege ever contested was the governorship primaries of the People’s Democratic Party, PDP, in Delta State which took place at Ogwashi-uku in Aniocha South Local Government Area.

We all witnessed how he failed woefully.

Fast forward to 2014/2015 , Omo-Agege needed Ogboru to win his Senatorial election , so he begged Ogboru and that was how Ogboru who was contesting for the governorship election then carried him along in his Labour Party and made Omo-Agege a Senator.

In the contest, Ogboru failed outrightly while his benefactor Omo-Agege  scaled through the huddle.

The same Omo-Agege who is calling Governor Okowa a betrayer today once enjoyed Okowa’s goodwill while in PDP.

Omo-Agege who was ungrateful to Ogboru after making him a senator, ended up sabotaging and making Chief Great Ovedje Ogboru a laughing stock because he (Omo-Agege) was eyeing the Governorship Position in 2023.

Now, in 2019 I warned Ogboru of Omo-Agege’s plans of using and dumping him  because of his governorship ambition….

I also called on Ogboru to join PDP and support Governor Okowa’s re-election considering Okowa’s developmental strides in the state but he never listened.

Omo-Agege who was seeking for reelection as a Senator once again needed Ogboru’s support to go back to the senate.

So he pleaded for mercies which was granted by Ogboru and Ogboru made him a senator for the second time but the shocking thing is that, immediately Omo-Agege became a senator and was made Deputy Senate President as a reward of stealing the mace at the National Assembly, he  stabbed Chief Great Ogboru at the back.

It is inhuman for the same Omo-Agege who rode on the back of Chief Great Ogboru to return to the senate to suddenly make Ogboru his enemy within the All Progressive Congress.

Today, Ogboru has left the APC because of Omo-Agege untrustworthiness and over ambitious political lifestyle.

Omo-Agege and Ogboru that I know cannot and will not defeat the Governorship Candidate of the PDP, Rt Hon Sheriff Oborevwori, looking at the political strengths of Sheriff and his antecedents.

Sheriff is more competent, energetic and has the political, intellectual and street credibility than Omo-Agege and Ogboru.

Omo-Agege doesn’t have the moral justification to refer to Governor Ifeanyi Okowa as a betrayer considering Governor Okowa’s unprecedented achievements and roles that Governor Okowa played in the PDP by following the polices of the party.

Unlike Omo-Agege , Governor Okowa was not sentimental when he stood with the Party agreement of throwing the presidential ticket race open.

Okowa being a leader that is concerned towards a better Nigeria accepted the nomination and became Atiku’s running mate.

If not for the selfish ambition and political bitterness of Senator Ovie Omo-Agege, he should have been congratulating  Governor Ifeanyi A. Okowa for being Atiku’s running mate .

The same political ambition of Omo-Agege has destroyed the APC in Delta State and as at today, if Councillorship election is conducted by federal government itself , APC won’t be able to win one ward .

The Governorship Candidate of the PDP in Delta State, Rt. Hon Sheriff Oborevwori, should be preparing his inaugural speech because he doesn’t have capable opponents contesting against him.