The Nigerian government has uncovered previously unknown payments to the daughter of a Nigerian official, its lawyer told a court on Monday, in its latest attempt to overturn the Process & Industrial Developments (P&ID) arbitration award against it worth close to $10 billion.

P&ID, a firm set up to carry out a gas project in Nigeria, won a $6.6 billion arbitration award after the 2010 deal collapsed. The award has been accruing interest since 2013 and is now worth nearly $10 billion.

Nigeria is seeking permission in the English courts to appeal the award, granted in 2017, despite having missed the 28-day appeal deadline. It says new information came to light only in late 2019.

Reuters reports that in an online court hearing, the government’s lawyer said it has evidence of payments from companies related to P&ID to Vera Taiga, one 11 days before the deal was signed.

Vera’s mother, Grace Taiga, was the chief lawyer for the Petroleum Ministry at the time.

The payments came to light following a U.S. discovery order in New York, it said. The government also said P&ID officials, and companies linked to it, paid several other officials in relation to the deal.

A message to Vera Taiga on LinkedIn was not immediately returned.

Nigeria’s anti-graft agency charged Grace Taiga last year with accepting bribes and failing to follow protocol related to the contract. She has pleaded not guilty and awaits trial.

Last week, Nigeria suspended the head of the anti-corruption body leading the investigation after the attorney general accused the agency of diverting funds that had been recovered during graft investigations. 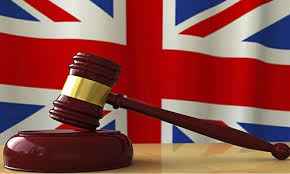 Ibrahim Magu, head of the Economic and Financial Crimes Commission (EFCC), has not responded to requests for comment.

P&ID argues the payments were legitimate and for medical expenses.

ALSO READ: Community policing is a fraud, it is a total distraction- Ekweremadu

“Nigeria’s conspiracy theory against P&ID — hatched almost a decade after the gas supply agreement was signed — relies on speculation and conjecture with no basis in fact,” a spokesman said.

The hearing will continue on Tuesday, and the judge’s ruling will determine whether the government can continue its appeal and present its full case of alleged fraud in the English courts.