… Says FG religiously implementing its own side of the agreement

The Ministry of Labour and Employment has admonished the NMA to play its role as the guardian of its affiliate associations instead of descending into the arena for needless fear of impeachment.

The NMA had threatened to join the ongoing strike by the Nigerian Association of Resident Doctors if the government failed to resolve all the issues contained in the various agreements signed with its affiliate unions.

But a statement by the spokesman of the ministry, Charles Akpan on Sunday evening said the FG “is religiously implementing its own side of the agreement, with effective monitoring by the office of the Minister of Labour and Employment,” adding that the NMA was yet to “move a needle” on the roles assigned to it in the agreement.

In a statement titled, ‘Labour Ministry to NMA: Your 21-Day Ultimatum in Collision With Our MoU,’ the government argued that the NMA’s position was at variance with the timeline stated in the Memorandum of Agreement.

“It is, therefore, clear that the 21-day ultimatum will neither assist the NMA discharge the role assigned to it in the MoU nor facilitate the faithful implementation of the timeline which the federal government has given every attention.”

“It has by the communique issued in Benin abdicated the main role assigned to it in the August 21 MoU,” the government said.

Recall that the NMA had in its noted that, “after due consideration, NEC put the Federal Government on a 21 days’ notice to fully resolve all the issues contained in the various agreements signed with Affiliate members of the Nigerian Medical Association (including MDCAN, MEDSABAMS, and NARD),” the statement jointly signed by its President, Prof Innocent A.O Ujah and Secretary, Dr. Philips Uche Ekpe, read. 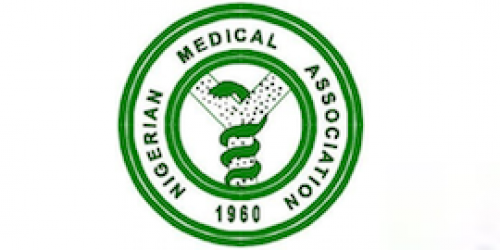 According to the doctors, if the Federal Government fails to implement the agreements after the expiration of the 21- day notice, the NMA will summon an emergency delegate meeting.

NMA’s ultimatum is the latest in the lingering tussle between the Nigerian government and NARD which has gone on strike since July 31.

Despite a series of meetings between the Federal Government and the striking doctors, no resolution has been reached.

“The Nigerian Medical Association fully supports all her affiliates in their efforts to improve the healthcare delivery in Nigeria and the welfare of her members,” it assured.