We’re pleased with current discovery of over 1bn barrels of oil reserves, 500bn CF of Gas in Kolmani area – FG 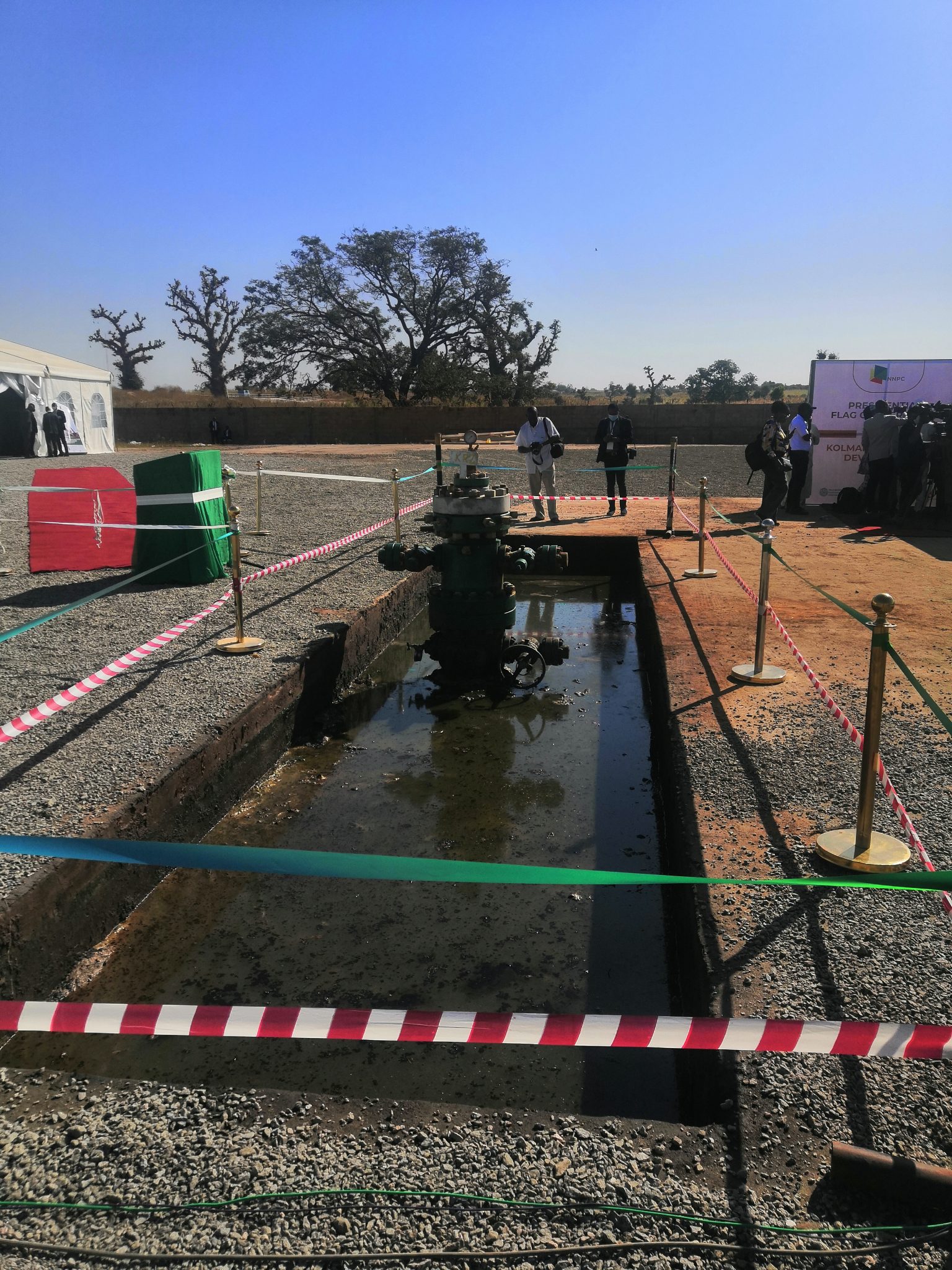 We’re pleased with current discovery of over 1bn barrels of oil reserves, 500bn CF of Gas in Kolmani area – FG

President Muhammadu Buhari has declared that his administration is pleased with current discovery of over 1bn barrels of oil reserves, 500billion Cubic Feet(CF) of Gas in the Kolmani area.

In a statement by a Presidential spokesperson, Femi Adesina on Tuesday, the President said this in Bauchi at the Flag-off Ceremony of the Kolmani Integrated Development Project, a fully integrated in-situ development project comprising upstream production, oil refining, power generation and fertilizer,

The President who noted that the project has attracted over $3bn investment in the Oil and Gas Sector at a time of near-zero appetite for investment in fossil energy said, “Considering the land locked location and the huge capital requirement, the economics of the project is a challenging proposition.

Consequently, from the outset, I instructed NNPC Limited to utilize and leverage their vast asset portfolio across all corridors of its operations to de-risk the project to attract the much-needed investment.

“It is therefore to the credit of this administration that at a time when there is near zero appetite for investment in fossil energy, coupled with the location challenges, we are able to attract investment of over USD 3 billion to this project.”

While commending NNPCL and her partners for the successful discovery of Oil and Gas in the Kolmani River Field, the President stated that the huge investment the project had attracted “will surely be a reference subject for discussion in the industry as we pursue the just energy transition programme that will culminate in our country achieving Net- Zero position by the year 2060.”

Noting the huge benefits the project brings to the country including “but not limited to Energy Security, Financial Security as well as overall socio- economic development of the country,” President Buhari affirmed that his administration’s charge to NNPCL to explore other Oil and Gas fields beyond the Niger Delta Basins has finally yielded commendable results.

“This is indeed significant considering that, efforts to find commercial oil and gas outside the established Niger Delta Basin was attempted for many years without the desired outcomes.

“However, the successful discovery of the Kolmani Oil and Gas field by NNPC and her partners has finally broken the jinx by the confirmation of huge commercial deposits of hydrocarbons in Kolmani River field.

“This discovery had emanated from our charge to the NNPC to re-strategize and expand its oil and gas exploration footprints to the frontier basins of Anambra, Dahomey, Sokoto, Benue trough, Chad and Bida Basins. Similar activities across the other basins are currently actively on-going.

“We are pleased with the current discovery of over 1 billion barrels of oil reserves and 500 billion Cubic Feet of Gas within the Kolmani area and the huge potentials for more deposits as we intensify exploration efforts.”

Looking forward to the successful delivery of the Project which he called “another vital pillar in the Country’s economic architecture,” President Buhari urged NNPCL and partners to work with all stakeholders for a smooth execution of the project:

“I have engaged the Governors of Bauchi and Gombe States, and both have given me assurances of their unwavering commitment and willingness to ensure support and cooperation in these localities as this activity affects the local populations.

“I urge the NNPC Ltd, NNDC, and their Strategic partners to ensure all lessons learnt from our years of experience as an oil-producing nation are utilized to ensure harmonious relationship with the local communities.”

“However, the singular determination of Mr. President to ensure optimum exploration and exploitation of our natural resources and Your Excellency’s consequential directives for NNPC Limited to strategize and utilize available human, technological and other material resources to prosecute exploration activities in all Frontier Basins resulted in the discovery of commercial oil and gas deposits in the Kolmani Prospect in April 2019,” Kyari added.

There were also goodwill messages from the Governors of Bauchi and Gombe States, Bala Mohammed and Mohammed Inuwa Yahaya respectively,