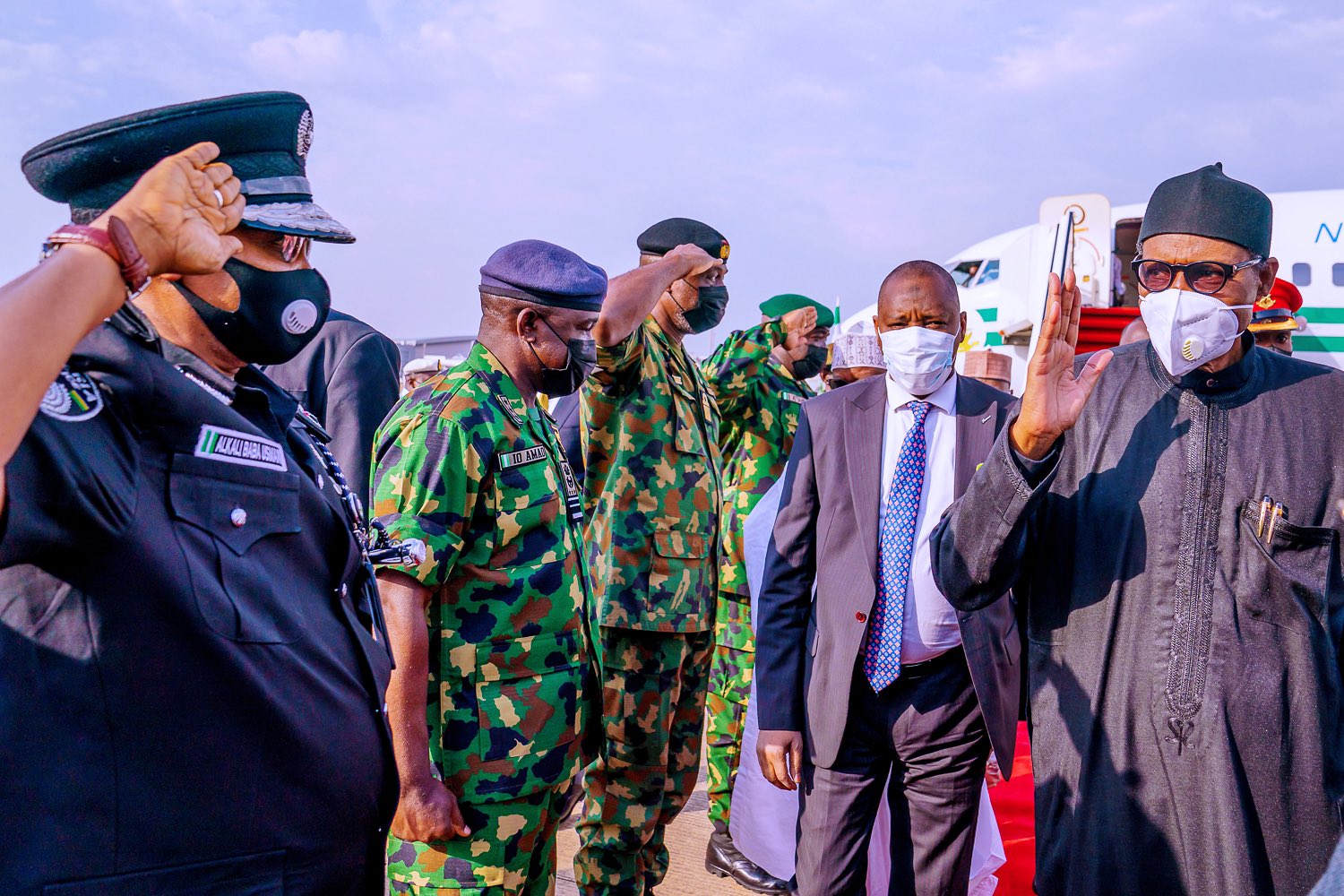 President Muhammadu Buhari has arrived the country via the Nnamdi Azikiwe international airport from the United Kingdom where he went on medical vacation for two weeks.

“President Muhammadu Buhari has returned to Abuja this afternoon, after a private trip to London, the United Kingdom,” the Personal Assistant to the President, Bashir Ahmad tweeted.

He posted images of the president greeted by military officers as he descended from his plane.

Before his departure, the presidency had explained that Buhari’s travel to the UK was not on an emergency case and that the Nigerian leader was not sick, dousing insinuations from critics who raised the alarm that the 78-year-old was not feeling well.

“It is a routine medical check-up; the President has undertaken this with a set of doctors that he has retained over many years,” said Garba Shehu, Senior Special Assistant to the President on Media and Publicity.