Every May 3, is World Press Freedom Day. It’s a global feast initiated by the United Nations to mark press freedom and draw global attention to the challenges of the press. The special Day was proclaimed by the UN General Assembly in December 1993, following the recommendation of UNESCO’s General Conference. 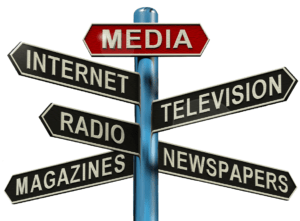 It’s a reminder to governments of the need to respect their commitment to press freedom. Besides, it also places a responsibility on media professionals to reflect on and adhere to best practices that promote professionalism, ethical reporting and public-spirited advocacy.

The theme for this year is “Information as a Public Good.” For journalists in Nigeria, this could not have been better captured. Global media is challenged; that’s a fact. Dwindling revenues from traditional sources of advertising and subscription has compelled many media houses to trim their workforce, furlough staff and in some cases resort to pay cuts. On the crest of that also came the covid-19 pandemic which further constricted the revenue stream. But worse than that, it put the life of journalists in real danger. Many journalists contracted the coronavirus, some died of it. But the death of one journalist did not stop the next journalist from rolling up his or her sleeves to cover the pandemic, acting as a bridge between the medical workers and the public.

Yes, journalism is a risky profession. Its paths are paved with thorns. A person who pries into other people’s affairs especially public sector actors and compels them to account to the public should not expect to be loved. A journalist is at best loathed, dreaded and even hated by those who thrive on corruption, illicit trades, political depravities, social perversions and other venalities. Those who indulge in such degenerate acts do not suffer journalists gladly. They work hard to muzzle journalists, deprive them of their liberty to practice their trade by intimidation, harassment and forced detention without fair hearing and trial. And in some cases, they simply murder the journalist whom of course they consider as meddlesome interloper, a niggling busy-body who must be stopped. The International Federation of Journalists, the largest global body of journalists from over 140 countries says 66 journalists were murdered in 2020. If you consider that 14 of the journalists were killed in Mexico and 10 in Afghanistan, you will have an understanding of the link between crime, insecurity and press freedom. Countries with a predilection to war and criminality guarantee the least freedom for the press. Mexico wears the notorious badge of being the country with highest rate of crude oil theft, home to the deadliest drug cartels and a hotbed for forced disappearances and murders. The creed in the underworld is ‘see nothing, say nothing.’ This makes their ways at variance with the mores of journalism. A journalist hunts information and disseminates same as a public good. A criminal thinks otherwise. A typical crook wants every crime covered. For a criminal, information is not a public good, and disseminating same is not a public service in the public interest.

Aside the threat from criminals, covid-19 pandemic came stuffed with its own fatal blizzard against journalists. More than 1,000 journalists have died from covid-19 in 73 countries since the start of the pandemic. The Press Emblem Campaign (PEC) painted the scary picture last month in Geneva, placing the daily average at more than 2.5 journalists dying per day.

From March 1, 2020 to April 10, 2021, no fewer than 1,060 media workers died globally from Covid-19. It got worse in March 2021 which recorded the highest number of 93 journalists deceased from the pandemic, an average of three per day. In recent weeks, the situation worsened in Brazil with one journalist dying every day.

In Nigeria, the situation is as dire for the journalist as it is grim. A couple of journalists contracted Coronavirus. Many shrugged it off but a few succumbed to its bullet. We still miss the sonorous voice of Dan Foster, a popular on-air-personality who died last year of Covid-related ailment. But the bigger scourge has been the fiendishly-cold attitude of government officials towards the media.

Because Nigerian governments at all levels do not value information as a public good, they treat the vendors and conveyors of information as enemies, not partners. Government actors wield enormous powers which they deploy to harass, badger and violate the rights of journalists as a routine. And they gloat about it because as they say, nothing will happen. In most cases, nothing happens. The demagogues in high places get away with their banal brigandage. They use security personnel whom in most cases do not see the press as co-travellers in the journey to nationhood.

We have witnessed cases of persons as low as local government chairmen in cahoots with security personnel bundle journalists into detention for days against all constitutional provisions on fundamental human rights and freedom of expression. Nigerian journalists have been detained for exposing drug cartels; some for reporting raw cases of stealing by government officials from public till. Others got maimed, detained for exposing electoral fraud. This is incongruous with the tenets of development communication. When journalists report the good side of a politician or any high-ranking individual, such report and information is interpreted as a public good; but when the same journalists expose the rot in the politician’s closet, the report is tagged as fake news, fairy tale and therefore not a public good. This is the tomfoolery and insipid slant that attends the argument of public actors which ultimately influences their surly and hostile disposition towards journalists.

Nigerian government and its officials must begin to treat information as a public good at all times. Information dissemination is the duty of the press. Such information should be seen from the perspective of the right of the people to know, and not whether the ego of the public office holder concerned is punctured. Look to history and learn. Most progressive nations are the ones that allowed free press to flourish, the ones that see information as a public good. Nigeria and the rest of Africa must begin to see the role of free press in national development. Where there is no free press, information mining and dissemination is challenged. Under such atmosphere, crime and corruption fester. Ultimately, development is arrested and chained. And the loser is the people.

The Nigerian media won Independence. The same won democracy, even paying supremely for its iron-cast resolve.  An instrument that was used to win independence and democracy should not suddenly be treated as the scum of the earth, an unwanted guest in its own feast. Information as a public good is the wheel that drives democracy and its attendant virtues including openness, free speech and other forms of civil liberties. The harassment of the media by the National Broadcasting Commission, the police, DSS and other state actors amounts to stifling the voice of the only cockerel that crowed when the foxes came to eat our chicks. The Buhari government must strive to protect the press. It’s only then that ‘Information as a Public Good’ would have its full quintessence and value in significant largeness. Stop the detention, impunity and punishment of journalists. Our product is a public good.