The majority leader of Amuwo Odofin Council, Hon. Michael Ojomo says he’s resolved to reclaim the beautification of the environment, through the EKO AKETE BEAUTIFICATION PROJECT.

Ojomo noted this in a statement made available on Monday.

According to him, “The medians of the roads in and around Mile 2 estate were a beauty to behold, until the coming of container trucks”.

“Not only that these trucks were posing dangers to other road users but were also destroying the trees and flowers in the medians”, he said.

“I have been very burdened about how best to reclaim the beautification of our environment. So I resolved to reclaim these medians through the EKO AKETE BEAUTIFICATION PROJECT and with the support of spirited individuals who believe that our Community must wear a new look”.

Ojomo added that this is the first effort in the Council’s Garden reclamation project, with the support of Oluwaseun Investment Nigeria Limited (A major PSP Operator in Amuwo Odofin Local Government Area). 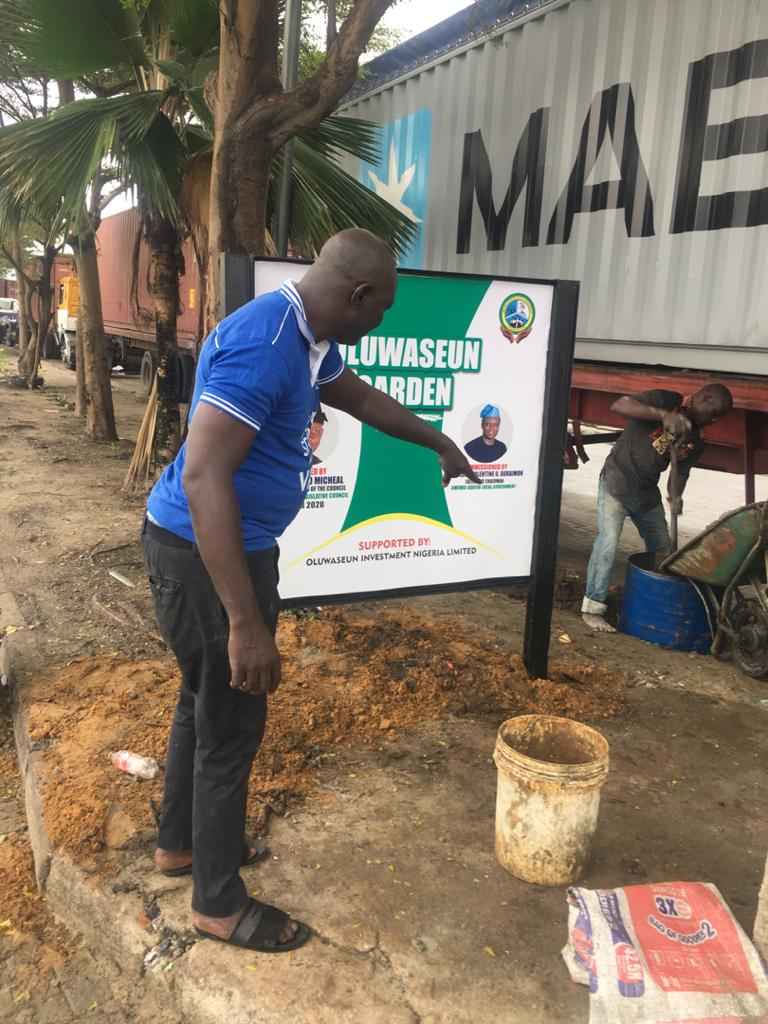 “I must say that achieving this phase came with a lot of resistances from those benefitting from the economy of CONTAINER TRUCKS but the community insisted that the project must see the light of the day. I am resolute in reclaiming all the medians destroyed by container trucks in Ward A1″.

The majority leader however expressed his appreciation to Engr. Dr. Valentine Oluwaseyi Buraimoh, the Executive Chairman for his Support towards the success of the project.