Ahead of Super Eagles’ first game in Lagos, players and officials of the team have paid a visit to the Lagos State Governor, Babajide Sanwo-Olu.

The Super Eagles were led by the President of the Nigeria Football Federation (NFF), Amaju Pinnick, and hosted at the Lagos House in Marina.

The governor after hosting the players shared photos via twitter while noting that Football is a national treasure for Nigerians. 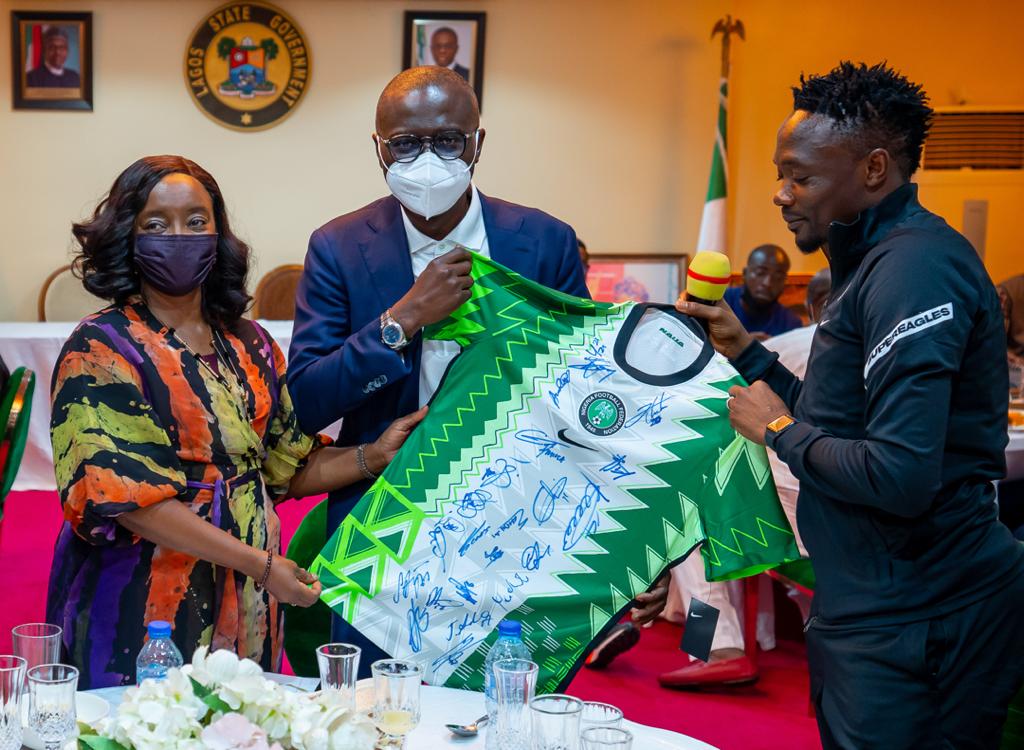 “We held a reception for our dear Super Eagles at the State House in Lagos as they prepare for their AFCON Qualifiers.

“Football is a national treasure for us as Nigerians and Lagos has historically favoured the Super Eagles so we wished them well with prayers and good cheer,” the governor posted.

The players also presented an autographed jersey to the governor.

The Super Eagles, three-time champions of Africa is scheduled to play Lesotho at the Teslim Balogun Stadium for Africa Cup of Nations (AFCON) qualifiers.