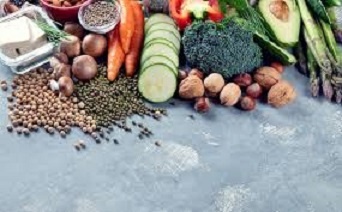 Botanist Felicity Hayes inspects her crops in one of eight small domed greenhouses in the hills of Wales. Spring planted peas and papayas are green and green leaves, and soon bear fruit.

In a nearby greenhouse, those same plants look sick and stunted. Pigeon peas are yellow aged with patterned leaves. Papaya trees are only half their height.

The only difference between the two atmospheres – ozone pollution.

Hayes, who works at the UK Center for Environment and Hydrology (UKCEH), injects ozone in various concentrations into the greenhouses where essential African crops grow. It studies how increasing ozone pollution may affect crop yields – and the food security of subsistence farmers – in the developing world.

Research suggests that ozone, a gas formed when sunlight and heat interact with fossil fuel emissions, can take a heavy toll on farmers by rapidly aging crops before they reach their full production potential and reducing photosynthesis, the process by which plants convert light Sun to food.

In a research paper published in January in Nature Food, researchers counted about $63 billion in losses to wheat, rice, and corn annually over the past decade in East Asia. Read more

Scientists are particularly concerned about Africa, which will see more car traffic and waste burning as the population is expected to double by mid-century.

This means more ozone pollution, a major challenge for small farmers who make up 60% of the population in sub-Saharan Africa.

“There is serious concern that ozone pollution will affect crops in the long term,” said chief scientist Martin Moyo at the International Crop Research Institute for the Semi-Arid Tropics in Zimbabwe.

He called for an “urgent need for more rural studies to determine ozone concentrations” across the continent.

Earlier this year, scientists from the UK-based non-profit Center for Agriculture and Biosciences International (CABI) set up ozone monitoring equipment around cocoa and maize fields in Ghana, Zambia and Kenya.

But most African countries do not have reliable or consistent air pollution monitoring devices, according to a 2019 UNICEF report. Among those that do, few measure ozone.

In the stratosphere, ozone protects the Earth from the sun’s ultraviolet rays. Close to the surface of the planet, it can harm plants and animals, including humans.

While air quality regulations have helped reduce ozone levels in the United States and Europe, the trend is expected to rise in the opposite direction for Africa and fast-growing parts of Asia.

In areas of Africa with high emissions of fossil fuels and frequent burning of forests or grasslands, new research suggests that higher temperatures can make the problem worse as they can speed up the chemical reactions that create ozone.

While research has found that North American wheat in general is less affected by ozone than its European and Asian counterparts, there have been fewer studies of African versions of the same crops becoming better suited to those environments over decades of cultivation.

Once every two weeks at a Nairobi market, farmers from the countryside bring samples of their struggling crops to a “botanist” in hopes of determining what is affecting their crops.

“A lot of[ozone]symptoms can be confused with mites or fungal damage,” said CABI entomologist Lena Dorocher Granger. “Farmers may continue to use fertilizers or chemicals thinking it’s a disease, but it pollutes the ozone layer.”

Her organization is working with UKCEH to help people identify signs of ozone stress and recommend reforms, such as reducing watering on high ozone days. Watering can leave the pores of the leaves wide open, causing plants to absorb more ozone.

FLEXIBLE CROP
In her Welsh greenhouses, Hayes has been displaying crops in one dome for the smallest amount — 30 parts per billion — similar to the North Wales environment. In the dome with the highest level of ozone, plants were receiving more than three times that amount, mimicking the polluted conditions in North Africa.

Hayes and her colleagues found that some African staples are affected more than others.

In a dome filled with an average amount of ozone, wheat plants in North Africa quickly turned from green to yellow in just a few months.

“You get little thin kernels that don’t have all the good parts in them, lots of flakes on the outside and not a lot of protein and nutritional value,” Hayes said.

This fits with research her team published last year on sub-Saharan plant varieties, which found that ozone pollution can reduce wheat yields in sub-Saharan Africa by up to 13%.

Dry beans could perform even worse, with estimated yield losses as high as 21% in some regions, according to the same study, published in the journal Environmental Science and Pollution Research.

“Beans are a useful source of protein in Africa, and much of it is grown by subsistence farmers,” Katrina said.

However, sub-Saharan millet appeared to be more ozone-tolerant. However, Africa produced about half as much millet as wheat in 2020.