By Admin
60
0
The screening of the nominee for the position of chairman of the Economic and Financial Crimes Commission (EFCC), Abdulrasheed Bawa, will be done in plenary.

This was made known by the Senate President, Ahmad Lawan after he read President Muhammadu Buhari’s letter to the Senate at the start of plenary on Tuesday.

“Distinguished colleagues, the screening of the EFCC chairman, designate, will be done in plenary, as is our tradition here,” he said.

No date has been announced for the screening exercise.

In his letter to the lawmakers, President Muhammdu Buhari communicated his decision to appoint the 40-year-old Bawa as the new EFCC boss and sought the Senate’s confirmation. 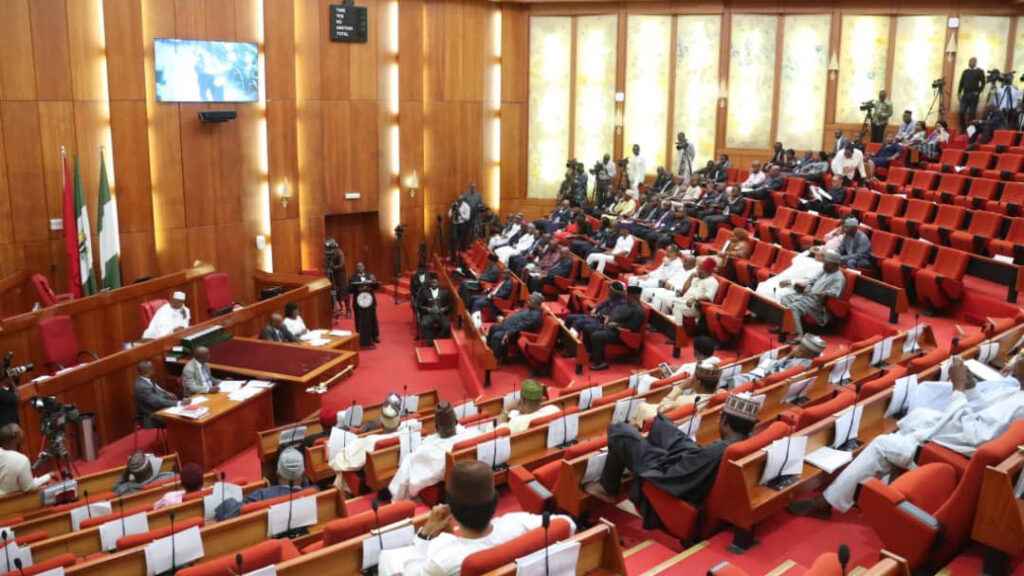 Senators in a session

The appointment, the president said, is in accordance with Paragraph 2(3) of Part1, CAP E1 of EFCC Act 2004.

40-year-old Bawa is “a trained EFCC investigator with vast experience in the investigation and prosecution of Advance Fee Fraud cases, official corruption, bank fraud, money laundering, and other economic crimes.”

He is said to have undergone several specialised trainings in different parts of the world, and was one of the pioneer EFCC Cadet Officers in 2005.

Bawa holds a B.Sc degree in Economics, and Masters in International Affairs and Diplomacy.