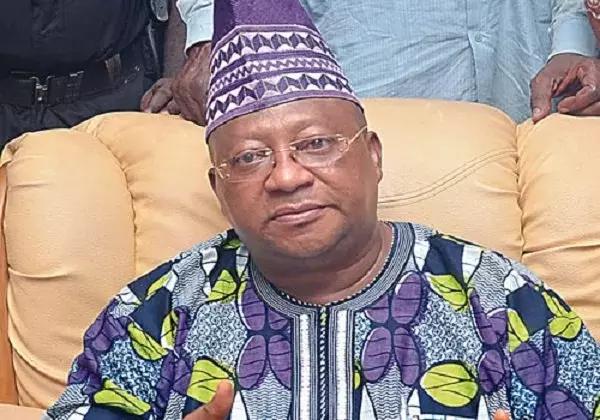 Angry youths in Ede, Osun State have insisted that Senator Isiaka Adeleke was poisoned by vested interests in the state who are threatened by his popularity ahead of the next governorship election. Adeleke had signified intent to contest for governorship of the state.

The youths of Ede town had since his reported death dismissed the theory of heart attack claiming that the man they call Serubawon was poisoned. And on Monday, they  attacked  Mrs. Idiat Babalola, the Senior Special Adviser to Gov. Rauf Aregbesola on Diaspora.

Babalola who came for the burial of Sen. Isiaka Adeleke  was mobbed by the youths who prevented state government officials from attending the burial, alleging that the senator was poisoned.

It took the intervention of policemen with an order from the State Commissioner of Police, Mr Fimihan Adeoye who was present at the late senator’s residence, to ferry her out.

The atmosphere at the late Adeleke’s house was tensed as sympathisers and family members were weeping profusely in spite the heavy presence of security personnel.

The former civilian governor was buried near his living room within the premises, as family members await the result of the autopsy conducted on the late senator.

The burial was attended by Gov. Rotimi Akeredolu of Ondo State and his Ogun State counterpart, Ibikunle Amosun, among other dignitaries.