Signs to show your child is abusing drugs -NDLEA 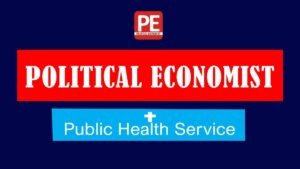 An official of National Drug Law Enforcement Agency (NDLEA), Mr Debowale Adedgite, on Thursday urged parents to watch out for withdrawal symptoms, to know when their children were abusing drugs.

In particular, parents should be mindful of changes in the temperament of their children as it was a key indicator of drug abuse. 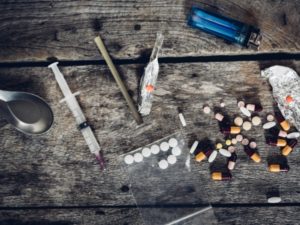 The meeting with the theme: “Increasing wave of drug abuse: A threat to nation building” was an interface between electorate and their representatives.

Adedgite added that drug abuse was an equal opportunity affliction that knew no age bracket.

”Youths and  school pupils should desist from taking illicit drugs. The consequences are very grave, but can be avoided if parents pay close attention to their children,” he said.

The Coordinator, National Youth Council of Nigeria (NYCN) in the area, Mr Bola Babalola, noted that youths were most vulnerable to drug abuse, due largely to idleness, which lures them with all its debasing consequences.

“Our area lacks social amenities such as youth development centre, skill acquisition centre, community library, where youths can exert their latent energy and be gainfully engaged with things that can add value to their lives.

“If such facilities can be established in the area, many of our idle young ones will be occupied without the temptation of going into drugs, to overcome idleness and depression,” Babalola said.

He described the unwholesome activities of land grabbers in the area as repugnant to the society, as it often resulted in the conversion of designated recreational spaces in the area to commercial outfits.

He called on the lawmakers to recover such public spaces, with a view to establishing the amenities they were earmarked for.

Babalola added that multinational firms operating in the area should also be compelled to carry out stipulated social responsibility activities agreed to with the community before being granted permits.

Also, the Chairman, Community Development Committee (CDC) in the area, Mr Victor Okunola, demanded for the reconstruction of roads in the area to improve the life of the people.

He listed Old Ojo road, Community road, Kirikiri road and Navy Town road, as the ones needing prompt attention, because they had become death traps.

“Residents are facing hell on those roads daily, coupled with the increased number of articulated vehicles plying the area to assess oil tank farms and container terminals, that have become features in the area.

“The area initially is earmarked for residential development, but the increasing number of commercial outfits in the place has overstretched facilities in the area, thereby making life unbearable for residents,” the CDC chairman said.

In his response, the host, Hon. Rauf Olawale-Age, representing Constituency 2 at LSHA, said that at his instance  the state had refurbished some schools and roads in the area.

He told the  youths to make themselves available to learn skills at the Alashe Skills Acquisition in the area, which has various empowerment programmes to aid people add value to the society and earn living.

“During the period under review, almost every ward has benefited from one project or the other.

“Agreed that many are yet to be completed, but within a short period many will be completed and the public will see the direction this dispensation is headed.

“I am grateful for your support and based on that I will not have problems in ensuring that most of your demands are captured for execution in the next state budget,” he said.

Highlight of the event was the distribution of higher education note books to schools  for the use of pupils in the area. (NAN)

Christianity cannot separate me from my culture ...