South East leaders to Buhari: Flush out killer herdsmen in our zone

South-East leaders on Saturday sent a clear message to President Muhammadu Buhari: Send joint operation by security agencies and local vigilantes into all forests in the zone to flush out criminals and killer herdsmen with AK47 rifles. 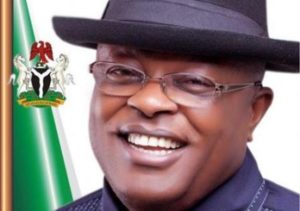 “But we pledge our commitment to continuous coexistence with peaceful herdsmen who have been living peacefully with us.

“We stand for an indivisible and united Nigeria, built on love, fairness, equity and justice. We believe that under this platform – NIGERIA; we are bigger and stronger,’’ the leaders said.

The South-East leaders lauded the Federal Government on the matured and responsive manner it handled all issues relating to the #EndSARS protest and agitation.

The leaders of the zone, which included governors, senators, house of representative members as well as traditional, religious and youth leaders, gave the commendation in a communiqué issued after their meeting with a Presidential delegation in Enugu.

The presidential delegation was led by Prof. Ibrahim Gambari, who is the Chief of Staff to President Muhammadu Buhari.

“We thank President Buhari for the speed and restraint with which he handled the EndSARS protest, which has engendered peace throughout the country, especially the South-East.

“We, therefore, request the President to look into demands of various groups and youths with a view to resolving them,’’ the statement, which was read by the Chairman of South-East Governors’ Forum, Gov. Dave Umahi, said.

It also called on the Federal Government to continue its support and diplomatic push for the former Coordinating Minister of the Economy, Dr Ngozi Okonjo-Iweala, to be elected as the Director-General of the World Trade Organisation (WTO).

The statement thanked the Federal Government for the timely interventions in Akanu Ibiam International Airport rehabilitation as well as intervention in road infrastructures in the zone.

“We are grateful for the attention given to the second Niger Bridge and completion and inauguration of the Zik’s mausoleum.

“However, we urge the Federal Government to give attention to the completion of the current road projects within the zone,’’ it said.

The statement said that the states in the zone will provide money for the compensation for those affected by the EndSARS protest, help to rebuild police stations and their logistics; while engaging the youths constantly to forestall any violent development in the zone.

“We have plans to set up various empowerment programmes to gainfully engage the youths. The governors also plan to mainstream the youths in their governance to give them a sense of belonging.

“We thank leaders of other zones for protecting our people and their businesses within their areas; We pledge to do same in the entire South-East,’’ it said.

Other dignitaries in the Presidential delegation included the Inspector-General of Police, Mr Mohammad Adamu, Minister of Information and Culture, Mr Lai Mohammed, Dr Chris Ngige, Minister of Labour and Productivity, Mr Geoffrey Onyeama, Minister of Foreign Affairs, Dr Uchenna Ogah, Minister of State for Trade and Investment, among others.

This election is far from over, we’ll ...