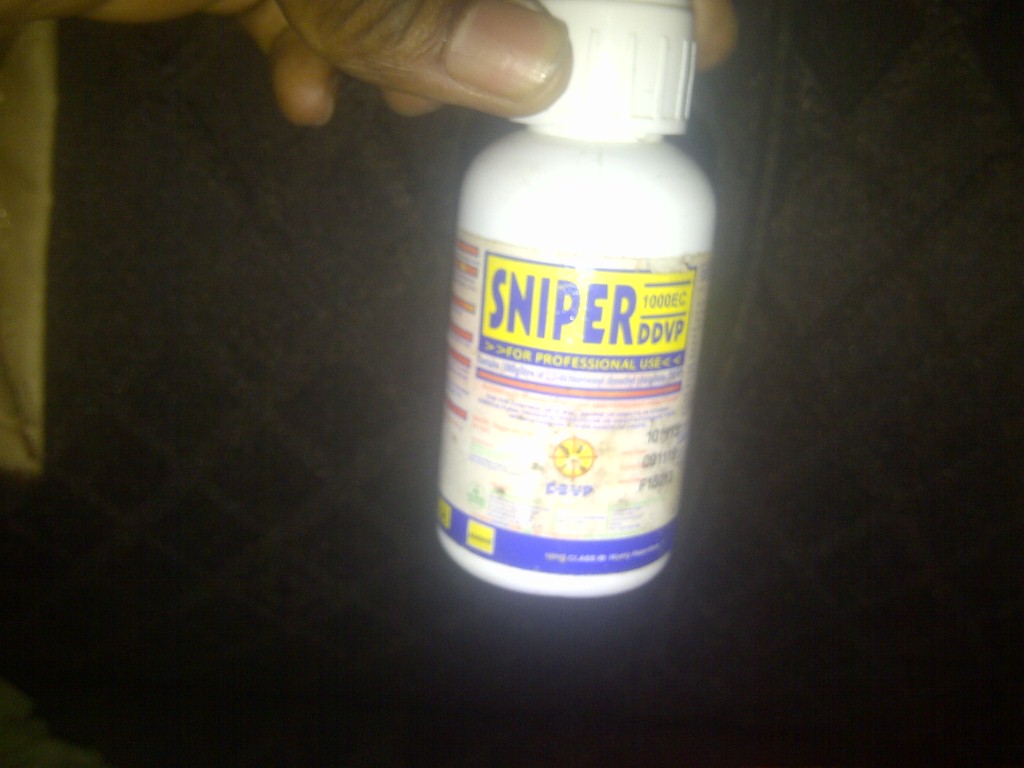 Sellers of sniper insecticide across are yet to comply with the Federal Government directive banning its sale across the counter except for industrial use. Investigations by our correspondents showed that Snipers are still displayed in stores and supermarkets.

Some shop owners claimed what they have were old stocks which they must sell off to avoid incurring huge losses. Some, however, said they will not stop selling for as long as they get supplies. They questioned the rationale behind the ban.

“Sniper is the cause of suicide in Nigeria. Hardship is the real cause of suicide. Government should address the issue of hardship, people are suffering, people are losing jobs, cost of living is high. Banning Sniper will not end suicide,” says a Lagos-based shop owner who identified himself as Eze.

In Asaba, Benin, Owerri, Kano, Sniper was still seen displayed in some stores. In Kafanchan, Kaduna State, traders are yet to comply with the ban.

The insecticide was banned following its alleged use in recent incidences of suicide in the country.

Checks in Kafanchan, Jema’a Local Government Area of Kaduna State revealed that sniper insecticide was still being displayed in most shops for sale.

Mrs Maureen Igu, who owns a shop along Kafanchan/Kagoro road said that although she heard about the ban but believed it was mere rumour.

“Forget that story, ‘na lie’, the product is sold everywhere as you can see.

“In fact, Sniper moves market (sells) more than any other similar product that performs the same function,’’ she said.

Mallam Yahaya Nasidi, a dealer of agro-chemicals at Bauchi Street, said he was completely unaware of the ban.

“If the ban is true like that of codeine, authorities concerned should have visited our business premises and informed us to stop selling it.”

Nasidi said he recorded more sales of the product which was pegged at N500 each than most similar product due to its effectiveness.

Also, Mr Sunday Jalo,  a dealer of insecticide in Kafanchan market who had displayed the product in seizable quantity, said it is also being used as mosquito repellent “because it is stronger and effective.”

“I sell it without entertaining any fear that it would be used for other purposes other than what it is meant for,’’ he said.

Mrs Sarah Musa, a parent and civil servant, advised government “to rise up to the occasion and move beyond mere pronouncement on the ban of sniper.

“There is need for a task force that would ensure strict compliance with the order otherwise, it would still be business as usual,’’ she said.

When contacted, Mr Natim Dadi, NAFDAC State Coordinator in Kaduna state told NAN in a telephone interview that the enforcement on the ban of sniper was still in force.

Dadi said that although there was no special task force to enforce the ban, the agency had intensified routine sub-marketing surveillance to ensure that the ban was enforced.

“Although we don’t have a localised office in Kafanchan, our officers were there two weeks ago to carry out sweep surveillance.

“Those who engage in sales of sniper are doing that at their own risk because sniper had been banned.

“We want to checkmate exposure of the product to the public and reduce death occasioned by its abuse which has accounted for incessant cases of suicide in the country,’’ he said.

By Aliu Momodu, with additional reports from NAN.