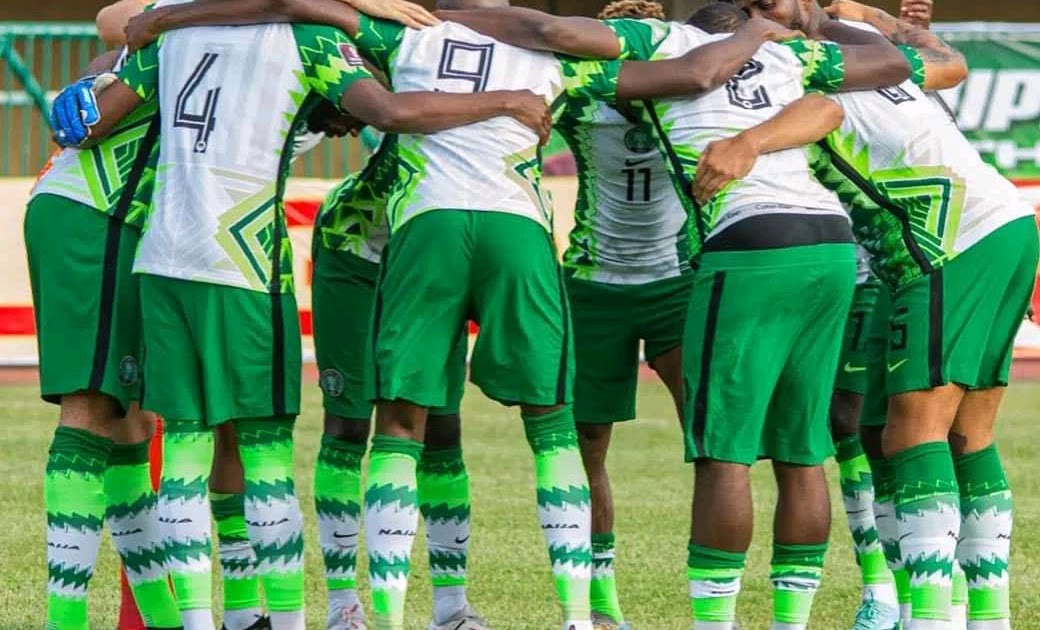 Many Nigerians including the legend, Austin Jay Jay Okocha, are hopeful of qualification for World Cup after the Super Eagles put up a fight to draw goalless with a very physical Ghana Black Stars in Kumasi Friday night.

The match which threw up nervy moments was skewed against the Nigerian side following scare and mean tactics displayed by the hosts right from their arrival at Kumasi.

The Ghanaians took their scare tactics unto the pitch hoping to frustrate the Super Eagles with their brazen physical football and rough tackles but the Nigerians proved the side with superior football wisdom by not resorting to the same physical football way from home.

The discipline of the Super Eagles paid off as they were able to contain and counter the Black Stars. The game is now in favour of Nigeria as they play at home in the decisive second leg in Abuja on Tuesday.

The clash played at the Baba Yara Stadium saw Ghana dominate proceedings roared on by a raucous home crowd.

The Black Stars started the first half on the front foot as they piled pressure on the Nigerian defence marshalled by captain William Troost-Ekong.

The best chance of the half fell to Ghana’s Abdul Fatawu Issahaku whose shot from just outside the penalty box was saved by Nigeria’s goalkeeper Francis Uzoho, while the resulting corner kick was wasted by the Stars.

Nigeria’s Victor Osimhen and Joe Aribo had opportunity to open the scoring late in the half forcing Joojo Wollacott into action while Aribo’s strike went over the crossbar.

Nigeria grew into the game and enjoyed a bright spell just before the break when Kelechi Iheanacho very nearly got on the end of a cross at the back post, before Victor Osimhen sent a tame volley at goal that was saved.

Ghana had much of the possession but were also not clinical in front of goal.

On resumption of the second half, the rampaging stars started with more aggression but were repelled by the Nigerian defence as Leon Balogun stood tall.

In spite of several attempts, Ghana failed to find the back of the net with a Mohammed Kudus strike being pushed away by the Nigerian shot-stopper.

Nigeria’s best chance of the game came in the 55th minute when Simon Moses was put through on goal, but with the goalkeeper at his mercy, the Nantes man lacked the composure in front of goal.

Moses who was later substituted with 18 minutes left to play, shot straight at the goalkeeper, who saved with his foot.

In the 76th minute of the game, Nigeria felt they had a clear chance to go ahead after they were awarded a penalty with Baba Iddrisu’s hand ball spotted by the centre referee.

However, the Video Assistant Referee (VAR) came to the rescue of Ghana, spotting a foul on the Ghanaian defensive midfielder.

Coach Augustine Eguavoen ringed the changes in the midfield and forward line but the Eagles still could not cage their bitter rivals in the “jollof derby”.

Leicester City’s Ademola Lookman was introduced for his Nigeria debut after completing his switch from England but it was too little too late.