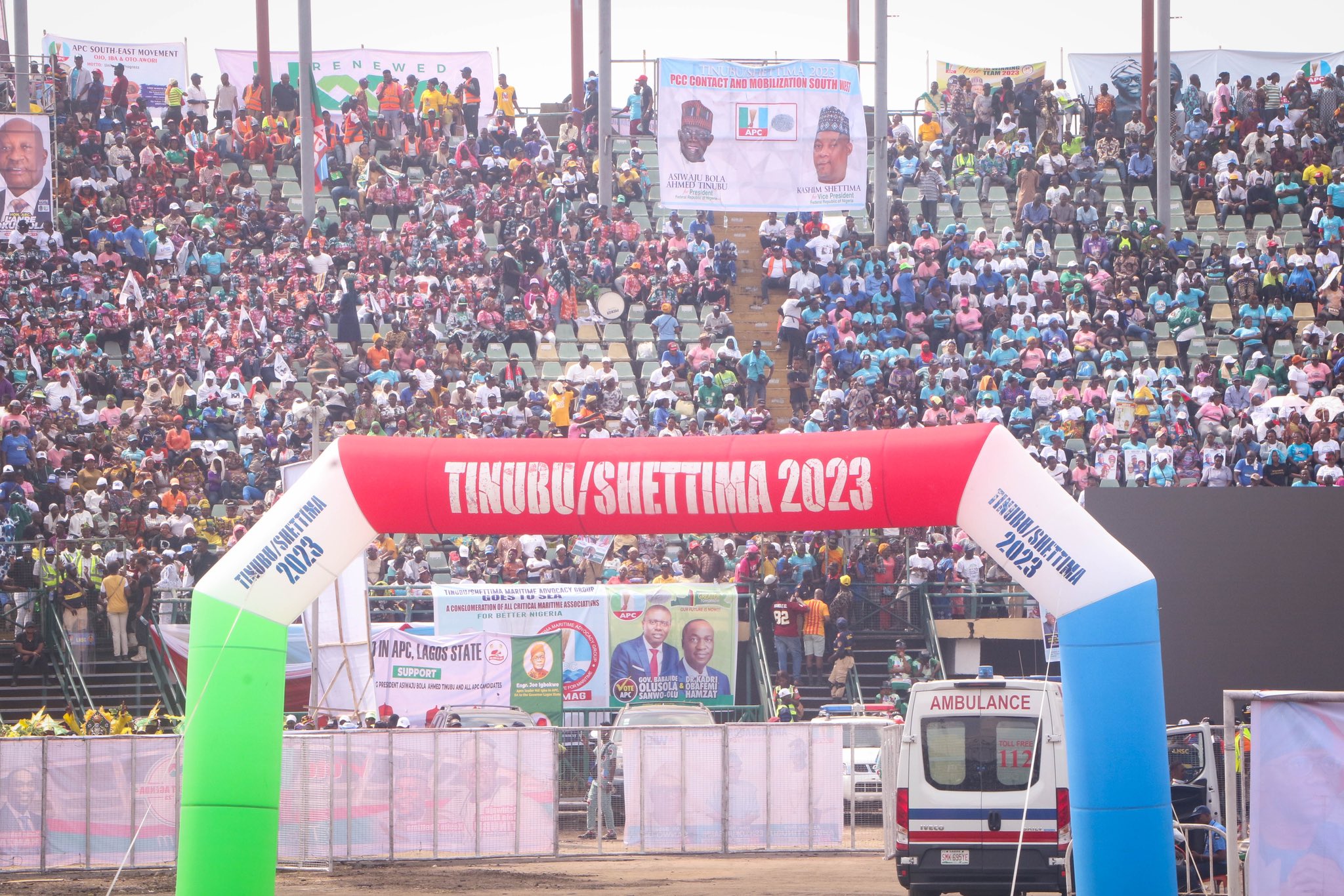 The Teslim Balogun stadium in Surulere,  Lagos was festooned in a kaleidoscope of colours as  All Progressives Congress (APC) supporters welcome Bola Ahmed Tinubu and his running mate, Senator Kashim Shettima to the Lagos state Mega rally on Saturday.

The rally presented an opportunity for Governor of Lagos State, Babajide Sanwo-Oluto pay glowing tribute to Tinubu whom he described as the ‘architect of the modern Lagos.’

Sanwo-Olu is seeking re-election alongside his deputy, Obafemi Hamzat.

“Thank you, Asiwaju, for being the architect and builder of the modern Lagos that we’re all enjoying today, for having the vision, the character, the tenacity to push forth an idea into a plan that has birthed the new Lagos today,” he said.

“Asiwaju has had a reputation as an advocate, a champion of unity, and a man that as continued to stand for the creation of our country.

“We can see this, of course, from all of the outstanding things that he has been doing both on a professional level and within his political career.

“His reputation stands tall amongst his peers and we will continue to derive from his wealth of experience in Lagos in the past 23 years.”

Though the rally was geared towards both the presidential and Lagos State gubernatorial campaigns, Sanwo-Olu said Tinubu was “the man that we’re all here together with his vice presidential candidate to celebrate.”